Te Paparahi biodiversity focus area lies at the northern end of Aotea / Great Barrier Island. It is an extensive and continuous tract of native forest and regenerating scrub.

There are intact ecological sequences from the marine environment to coastal and lowland forest, up through to cloud forest surrounding Tataweka at 526 metres above sea level.

The land is deeply dissected with rugged coastal cliffs up to 200 metres high. The soils are of greywacke origin, skeletal (thin) and prone to erosion.

The forest canopy is original in areas which weren’t historically burnt or milled. However, the forest understorey was severely modified by heavy goat and pig infestations. Goats were eradicated from the area by 1992 and the forest is now in an advanced stage of regeneration. 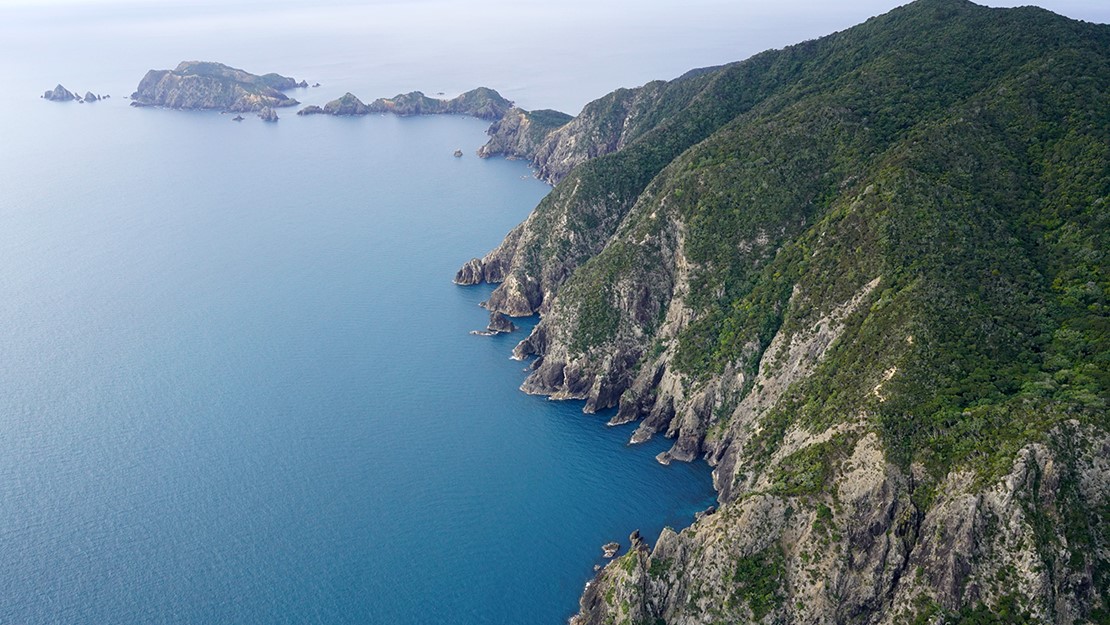 Around the coast, there is pōhutukawa treeland, flaxland and rockland on the cliffs (CL1). On gentler terrain are coastal broadleaved forest (WF4) and taraire-dominated forest (WF9) remnants.

Inland, there are kauri, podocarp, broadleaved forest (WF11) remnants. The stands of mature kauri reportedly look like islands surrounded by younger forest. Large areas of kānuka scrub and forest (VS2) are regenerating in areas previously burnt. Tawa is common at higher elevations (WF13).

There are small pockets of coastal turf (SA5) in stream mouths on the eastern side of Te Paparahi, with a unique mix of low-growing native coastal herbs. These are of high biodiversity value as they are some of the few remaining Tāmaki Makaurau / Auckland coastal turf examples and differ in composition from the mainland sites. 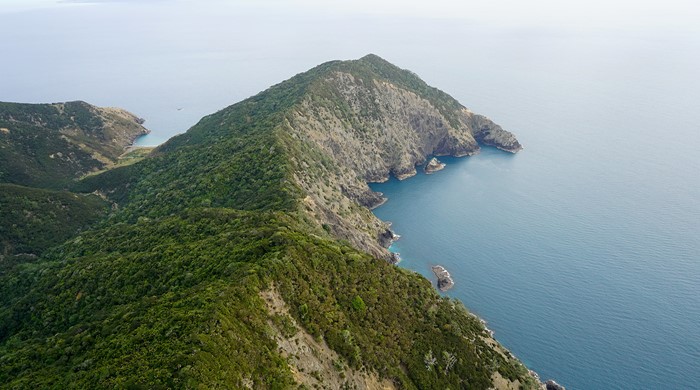 Te Paparahi provides habitat for a rich diversity of native animals including several threatened species. Takoketai (black petrel), Cook’s petrel and other seabirds are likely to be nesting on islets and steep cliffs where predation is low. The forest is likely to support species such as:

Tidal creeks provide valuable habitat for pāteke (brown teal). Kōkako were historically present although declined in numbers until in the 1990s when a decision was made to transfer the remaining individual birds to Te Hauturu-o-Toi / Little Barrier Island.

Aotea / Great Barrier Island is free of possums and mustelids, but ship rats, feral cats, and pigs are a serious and ongoing threat to native species populations.

This ecosystem occurs on hard rock on coastal bluffs and cliffs along the western coastline of Auckland and some Hauraki Gulf islands. A wide range of salt-tolerant herbs, sedges and rushes are present.