Salt spray, exposure to winds and steep, dry slopes are the key factors that influence the distribution and extent of this ecosystem.

In Auckland, some of the best examples can be seen on the west coast from south Muriwai to Whatipu. 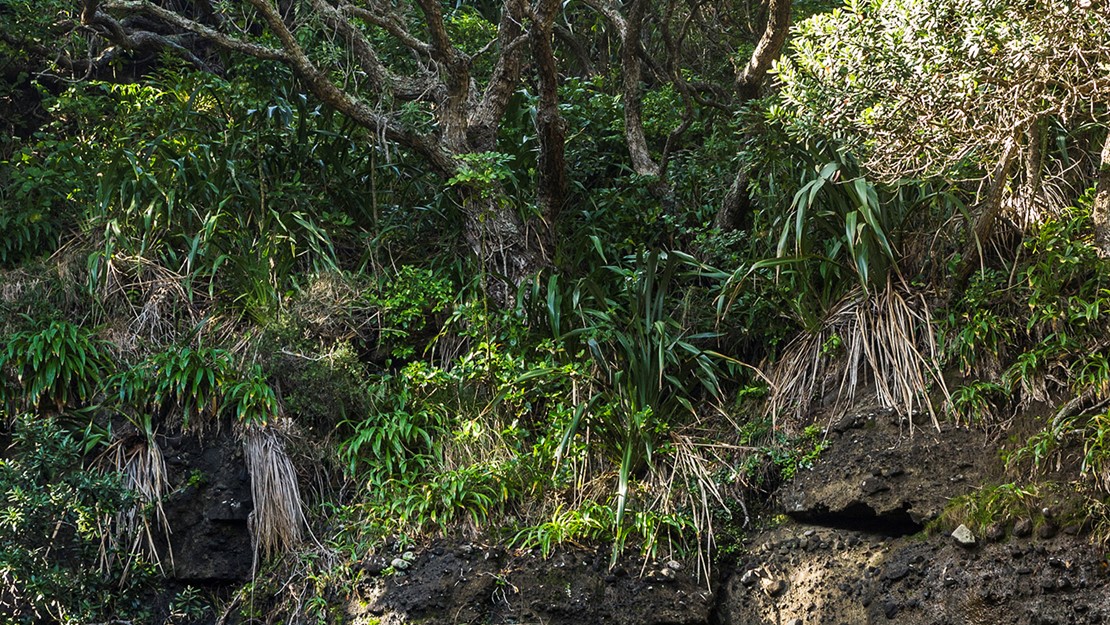 Vegetation on the cliffs surrounding a blowhole at Piha.
Photo credit: Jason Hosking

Pōhutukawa establishes readily on bare ground. It is well adapted to tolerate salt-laden winds. Other species that are common in this ecosystem include:

On the islands, where pest animals have been eradicated, this ecosystem provides a habitat for:

On the mainland, the more common native bush birds such as ruru (morepork), kōtare (kingfisher), and pīwakawaka (fantail) are often present. 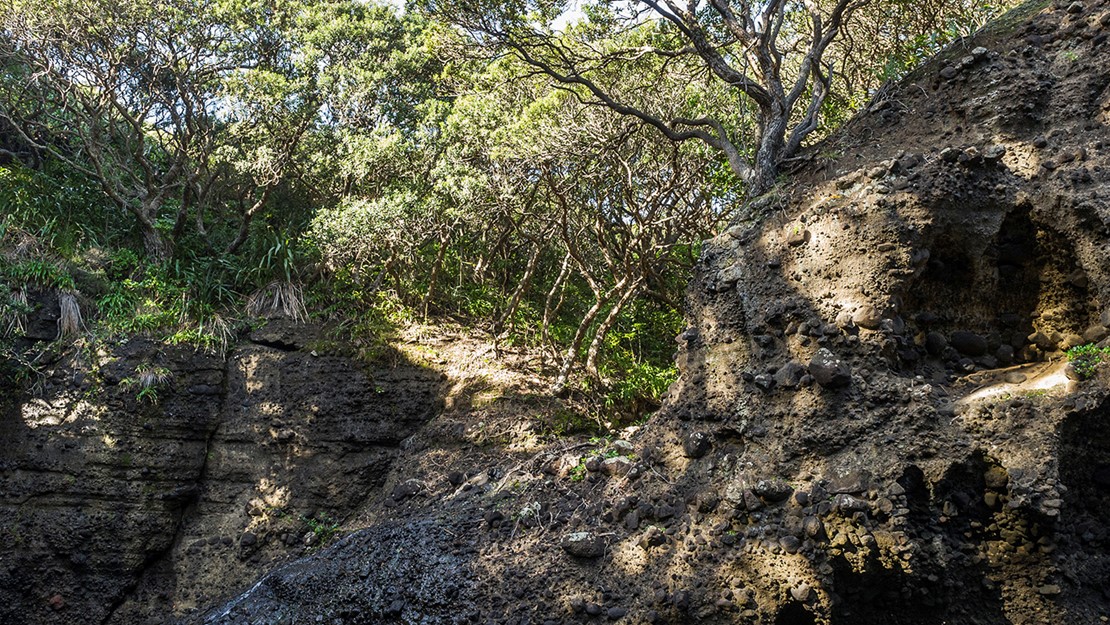 This ecosystem is classed as vulnerable.

It is particularly vulnerable to weeds such Mexican daisy and pampas. Vegetation disturbance and erosion are constant factors that influence species composition.

In many areas, possums remain the most significant animal pest. They browse palatable species such as pōhutukawa and have caused die back across northern coastlines. This has made the cliffs even more vulnerable to erosion and weed invasion.