Herbfield, commonly known as coastal turf, occurs where strong, salt-laden winds are present. It grows on hard rock and occasionally sand and gravel. Due to the harsh conditions, only short stature vegetation (usually less than 50mm high) can establish.

In Auckland, small patches of this ecosystem can be found: 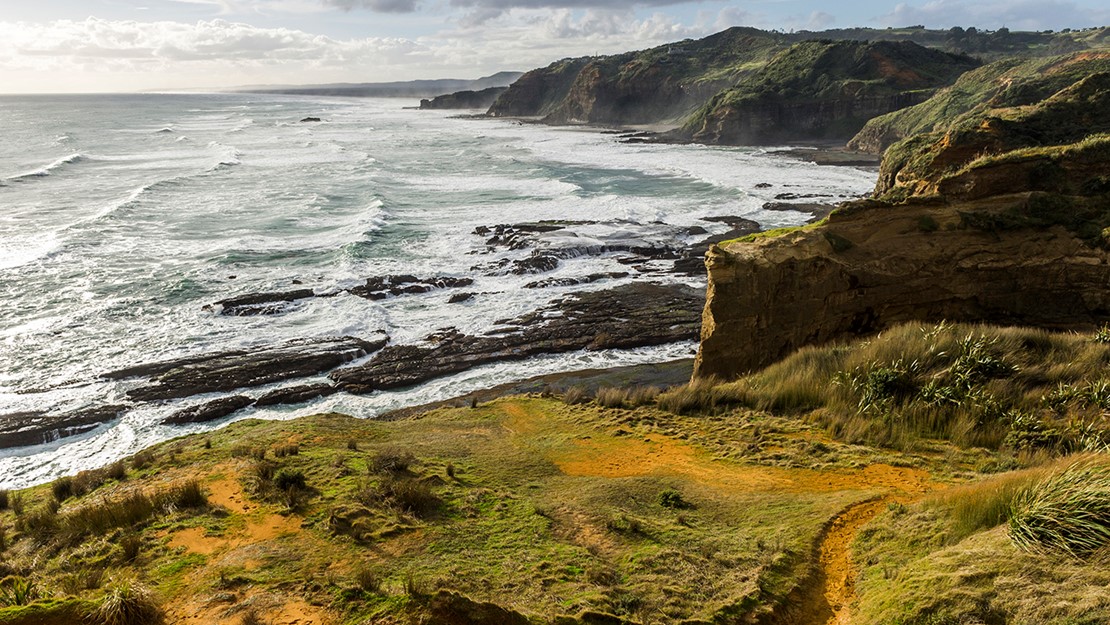 Although coastal turf occupies a small area, it is highly diverse with over 130 indigenous species recorded. It is dominated by salt tolerant herbs, sedges and grasses.

This ecosystem provides roosting and nesting habitats for:

In pre-human times, it was used by many herbivorous birds as well as resting and haul out sites for seals and seabirds. These birds and mammals may have contributed to the development and enhancement of sites through disturbance, grazing and increased nutrients.

With the loss of fauna from these sites after human settlement, many areas of coastal turf have been replaced with larger stature vegetation. Remaining areas now occur in the most windy and exposed locations.

Pest plants are a threat. In particular, salt-tolerant herbaceous species such as plantain, salt water paspalum and lotus.