This ecosystem occurs in coastal areas, usually within 800 meters of the shore where exposure to wind and salt spray is at its greatest.

This coastal broadleaf forest has been greatly reduced from its original extent. Remnants occur along stretches of our coastline and on islands in the Hauraki Gulf.

You can find some of the best examples of this ecosystem in:

On Rangitoto Island, younger variants that are dominated by pōhutukawa, are slowly developing into this ecosystem type. 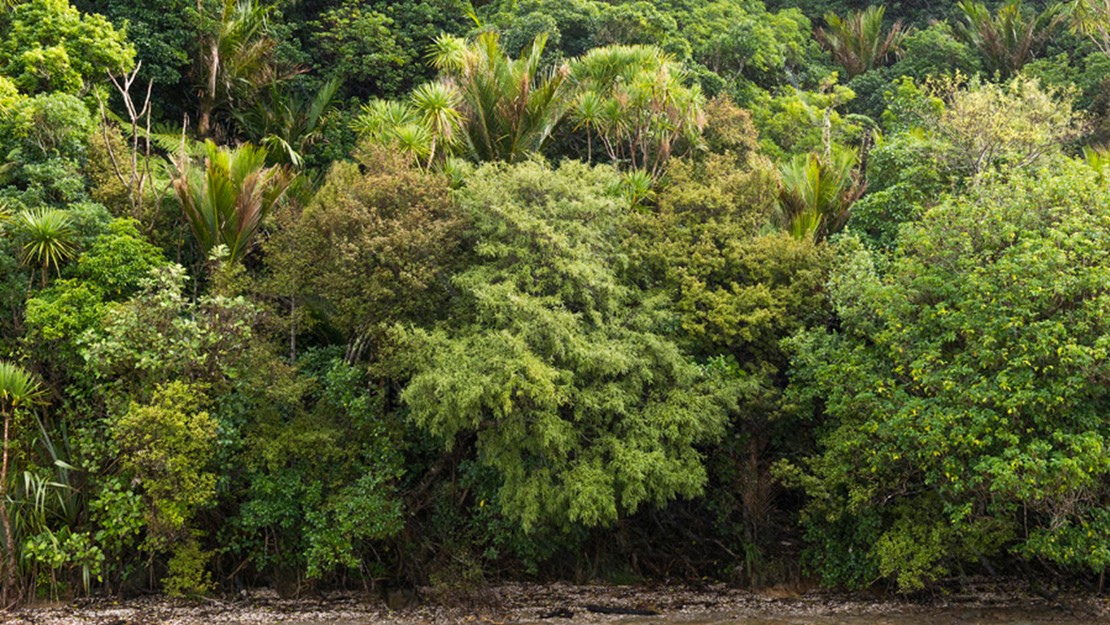 A diverse range of broadleaf trees is common in this ecosystem, including:

These forests are an important habitat for:

Kererū play an important role in the seed dispersal and regeneration of many trees in this ecosystem. They are one of the few species that are able to eat and digest large fruits and are considered a keystone species.

This ecosystem has been reduced in extent by human settlement and conversion of land to horticulture and agriculture.

Threats to this ecosystem include: