The Mount Young – Hirakimata biodiversity focus area is situated on public land on Aotea / Great Barrier Island. The land is administered by the Department of Conservation.

It is an extensive area of continuous native vegetation on rugged volcanic terrain. 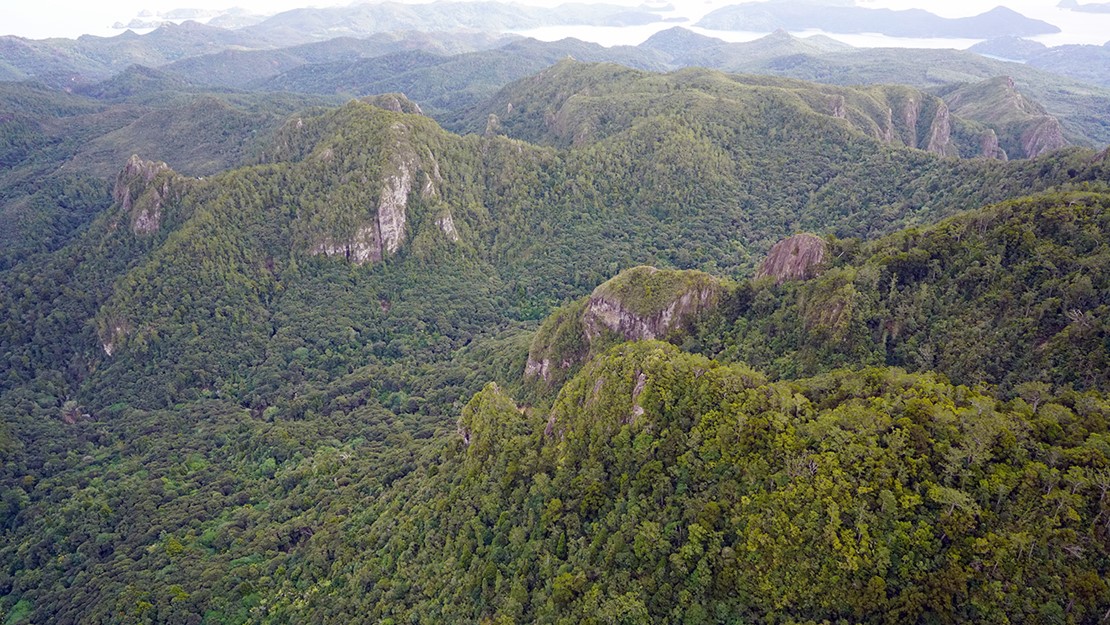 The ecosystems found within this biodiversity focus area include:

Hirakimata is the highest point on Aotea / Great Barrier Island, at 627m above sea level. It is on this and surrounding high peaks where the high-altitude cloud forest (MF25) is found.

An extensive tract of forest and scrub cover the rugged terrain to the south and west of the summit of Hirakimata. Remnant kauri forest and regenerating kauri are found in the Wairahi Reserve. Some of the kauri stands are infected with kauri dieback, a soil-borne pathogen capable of killing kauri trees of all ages. Track upgrades have been completed and hygiene stations are in place to prevent further spread of kauri dieback. 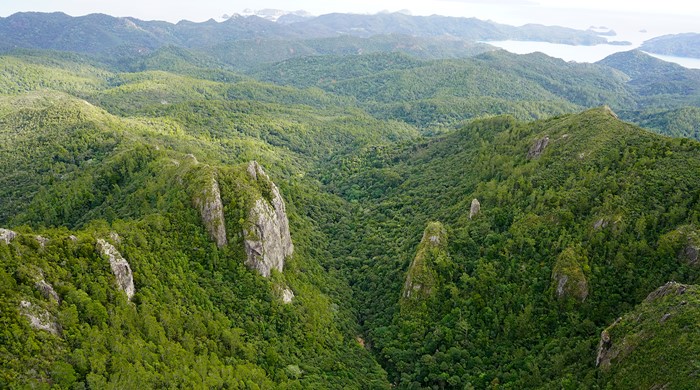 There are three plant species present here that are found only on Aotea / Great Barrier Island.

Other native animals found within this biodiversity focus area include:

There is an animal pest control programme underway, set up by the Department of Conservation with additional support from Auckland Council. The programme was established to help protect the seabird breeding populations and also to enhance the habitat value for other native plants and animals found here.

This ecosystem is strongly influenced by environmental conditions such as high rainfall, earthquakes and soil moisture. It includes a mosaic of vegetation communities including lichens, herbs, grasses, sedges and low forest species.

In the north of New Zealand, dense forests of the iconic kauri occur on hill slopes and hill crests. This long-lived forest ecosystem is significantly threatened through the spread of kauri dieback.