This ecosystem is found on inland cliffs, rocky outcrops, steep slopes, and along cliff seepages, streams and rivers.

In Auckland this ecosystem occurs in: 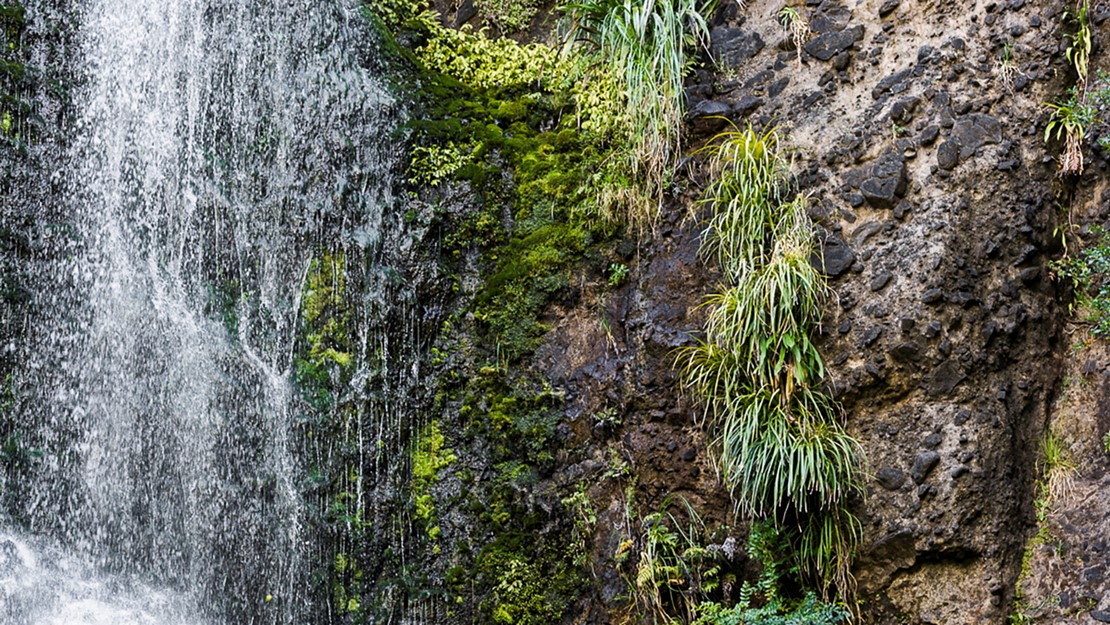 A range of low stature plants, perched on ledges and in crevices within the splash zone of a waterfall, cascading down an inland cliff-face in the Waitākere Ranges.
Photo credit: Jason Hosking

Cyclical disturbance creates the conditions for a mosaic of successional lichens, herbs, grasses and shrubs to regenerate. Species that can be found here include:

On the islands where pest animals have been eradicated, this ecosystem provides a habitat for:

On the mainland, only the more common native bush birds are present, including:

This ecosystem is not currently at risk.

Cliff ecosystems provide refugia, an area where a community of species can survive after extinction in surrounding areas, from many threats including mammals and fires.

The main threat to this ecosystem is the invasion of weeds including: