The KMA-Piggots biodiversity focus area is located within an extensive tract of native forest in the Hunua Ranges. It is administered by Auckland Council.

Mount Kohukohunui, the highest point in Tāmaki Makaurau / Auckland at an elevation of 688 metres, is included within this biodiversity focus area.

The land is deeply dissected hill country with close-set valleys, steep slopes and narrow ridges. The soils are made up of uplifted sedimentary siltstone, sandstone and argillite rock. 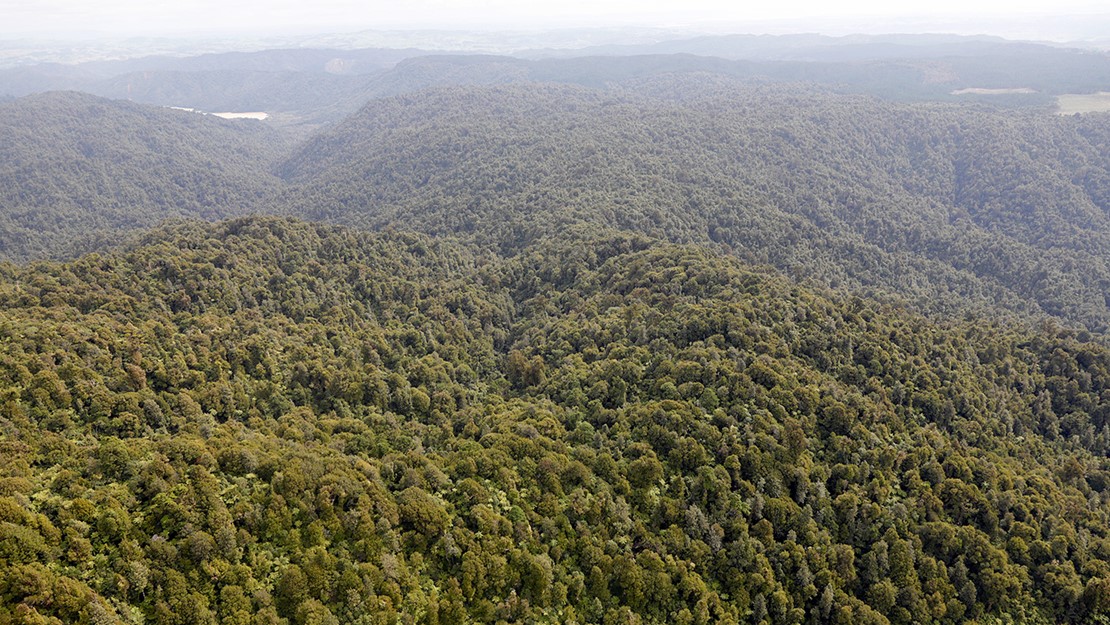 The forest is a mosaic of mostly tawa forest (WF13) with abundant kohekohe. The vegetation surrounding the top of Mount Kohukohunui is the only example in Tāmaki Makaurau of rimu-tōwai forest (MF24). This ecosystem includes submontane species uncommon in Tāmaki Makaurau including:

Hebe, wharariki flaxland and rockland (CL6) is found on the steep rocky bluffs here. Few examples of this ecosystem are found in Tāmaki Makaurau. At lower elevations, there are patches of both taraire-dominated forest (WF9) and regenerating scrub and forest with kānuka and mānuka (VS2 and VS3).

A successful and ongoing animal pest control programme was established in 1994 to protect the last pair of kōkako left here. It now provides protection to over 100 kōkako breeding pairs, as well as many other native species including:

Volunteers play a crucial role in the ongoing success of this project.

This ecosystem is strongly influenced by environmental conditions such as high rainfall, earthquakes and soil moisture. It includes a mosaic of vegetation communities including lichens, herbs, grasses, sedges and low forest species.

This mild forest ecosystem, which can withstand high levels of moisture and wind exposure, occurs on high ridges, hill-slopes and plateaux.

Piggott's campground at Hunua Ranges Regional Park is less than an hour's drive from Auckland.