This biodiversity focus area includes a diverse range of habitats on the regional park land including sand dunes, forest, scrub and freshwater wetlands.

Significant areas of forest and wetland outside of the sanctuary also contribute important habitat value are included in this biodiversity focus area. 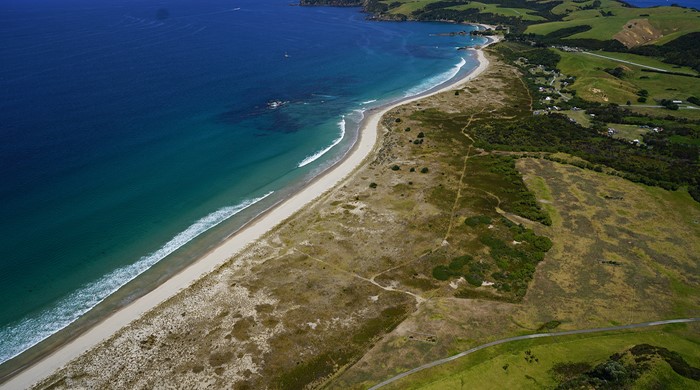 Tāwharanui Regional Park, at the eastern end of the peninsula, became Tāwharanui Open Sanctuary in 2004. It is protected by a predator-proof fence across the peninsula. Pest animals were eradicated from inside the fence and now native species flourish.

Since its establishment, there have been several reintroductions or translocations to create more secure populations of highly threatened native species, including of takahē.

Reintroduced and translocated species include:

Korimako (bellbird) and kākā are two species to have arrived naturally since the sanctuary was established. 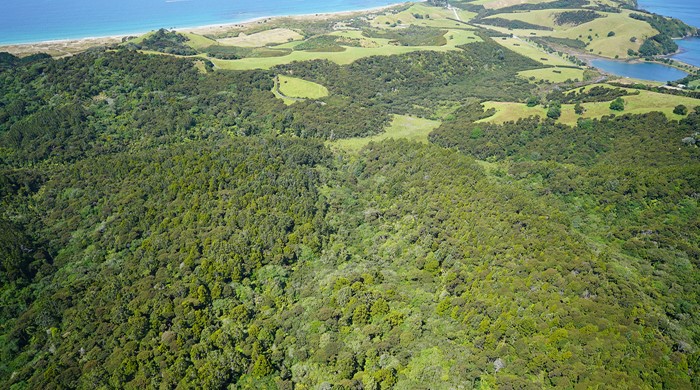 There are a range of ecosystems within the sanctuary including:

There are intact linkages between these coastal, freshwater, forest and scrub ecosystems which adds to the ecological value. 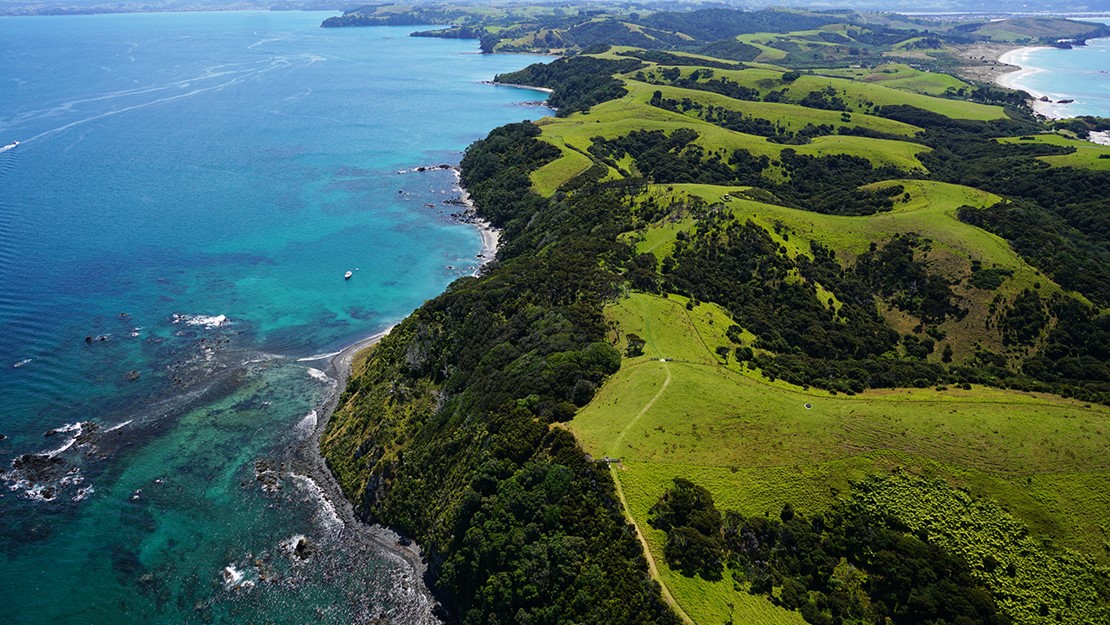 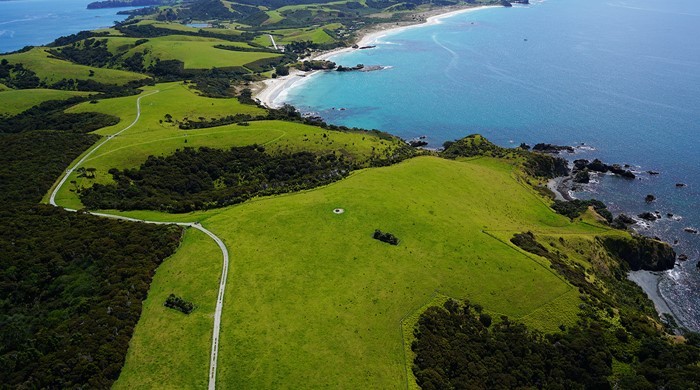 Regenerating scrub is fenced off from the working farm. Anchor Bay can be seen in the distance.
Photo credit: Andrew Macdonald, Biospatial Ltd 2018

The Takatu Landcare Group, made up of landowners and residents on the Takatu Peninsula, are working to protect and enhance biodiversity values on the wider peninsula outside of the sanctuary through pest animal and plant pest control.

Tāwharanui Regional Park is located on the eastern end of Takatu Peninsula.

The Tāwharanui Open Sanctuary Society (TOSSI) was formed in 2002 to help the Auckland Council make the open sanctuary project at Tāwharanui Regional Park a reality.