Active dunes develop where there is an abundant supply of wind-blown sand. Dunes have a wide range of forms, from single vegetated ridges behind a beach, to large dune systems that extend inland.

Environmental conditions at place strongly influence the extent and spread of mobile dunes.

Dunelands are common on Auckland's western and north-eastern coastline and on the east coast of Great Barrier Island.

You can find good examples of this ecosystem in:

As the dunes stabilise and succession occurs, scrub, fern and vineland communities establish. These areas support:

Spinifex and pīngao provide important breeding habitats for shorebirds such as:

In Auckland, the katipo spider can be found in dunelands on the north-eastern coast. 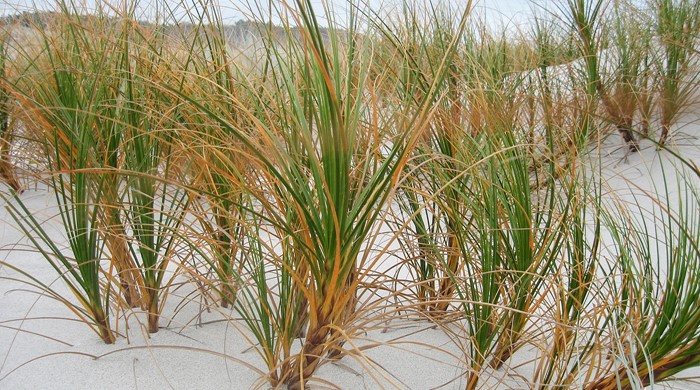 This ecosystem is currently endangered.

Large scale exotic forestry occurs on many areas of active dunes. This has fragmented remaining natural dunelands into smaller areas.

Whangapoua Path is a long, gentle climb through regenerating forest to one of the best views on Great Barrier Island.