The area covers several parks and reserves managed by Auckland Council. Puhinui Reserve and some of Burundi Avenue Foreshore Reserve are included here.

The saltmarsh behind the shellbanks is one of the biggest and least disturbed areas of saltmarsh remaining in the Manukau Harbour.

The estuarine vegetation transitions into freshwater wetland with small patches of raupō reedland (WL19) and flaxland and cabbage tree wetland (WL18). There is also a large patch of oioi, restiad rushland and reedland (WL10).

The wetlands are highly significant from a habitat perspective. Only a few intact sequences from saline to freshwater wetland remain in the Manukau area. 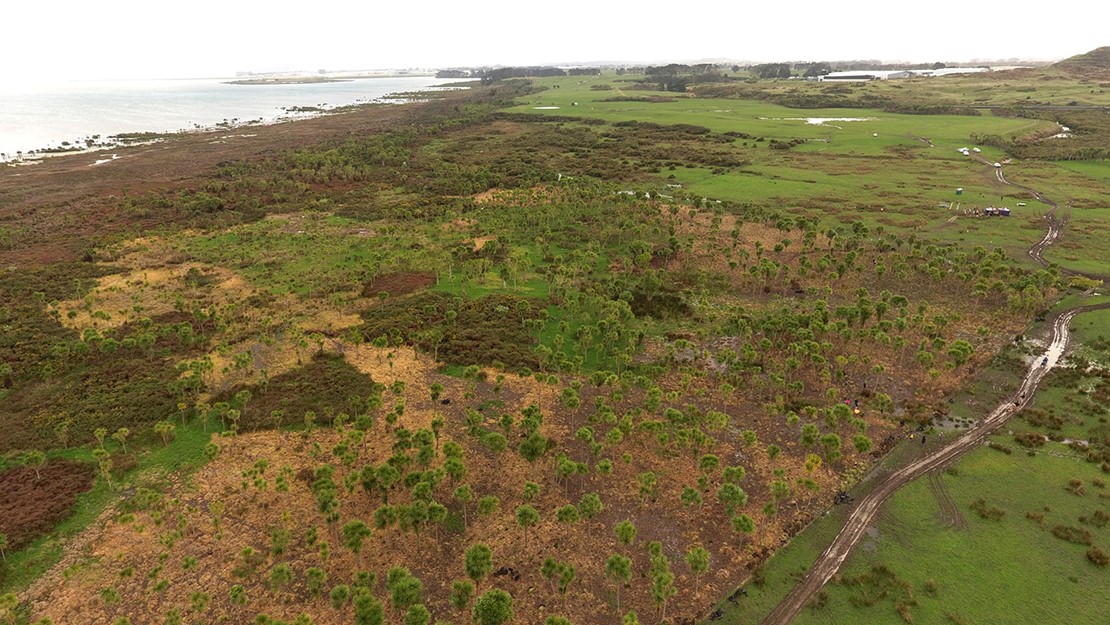 A matrix of ecosystems can be seen extending the length of Puhinui Reserve.
Photo credit: Auckland Council

Thousands of international migratory shorebirds and New Zealand endemic shorebirds feed on the intertidal sand flats. They use the shellbanks as high tide roosts.

The saltmarsh and freshwater wetlands support mioweka (banded rail) and mātātā (fernbird) populations. Both of these native wetland bird species are at risk of extinction. They have a national threat ranking of At Risk – Declining. 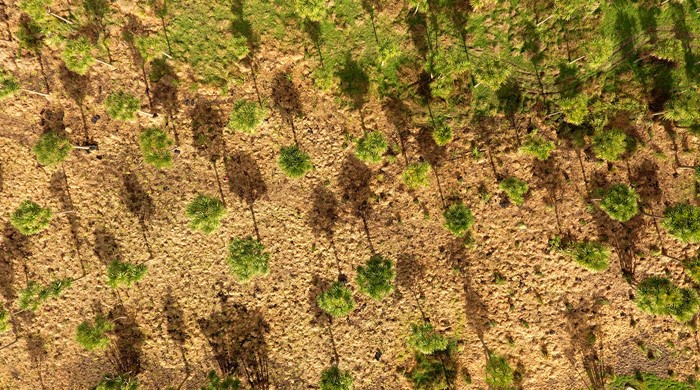 Community volunteers and Auckland Council are protecting and restoring biodiversity at Puhinui Reserve through: 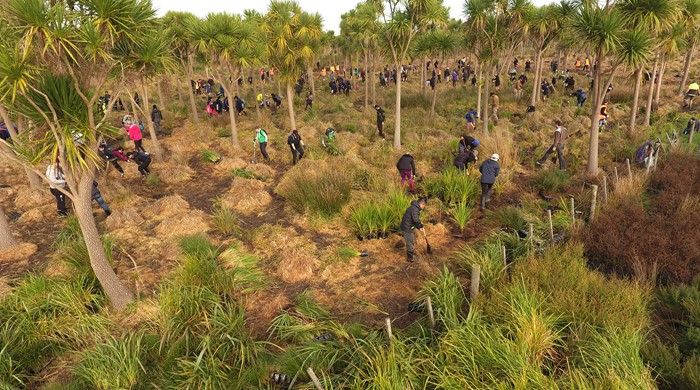 Flaxlands are flax dominated freshwater wetlands that occur on terraces and in depressions on recent organic soils.

Get away from it all at Puhinui Reserve, a working farm with sheep and cattle that feels far from the city.