Mangrove forests grow in frost-free areas generally within tidal estuaries, inlets, and the coastal parts of rivers and streams. Water salinity varies, depending on salt and freshwater input and dilution. Soils are gley, locally with shell and/or gravel barrier beaches.

There are seven variants of this ecosystem. These are:

Species composition in the distinct plant communities (variants) correlates to the duration of tidal inundation, elevation and salinity.

The mosaic of habitats supports a wide range of New Zealand shorebird species, including: 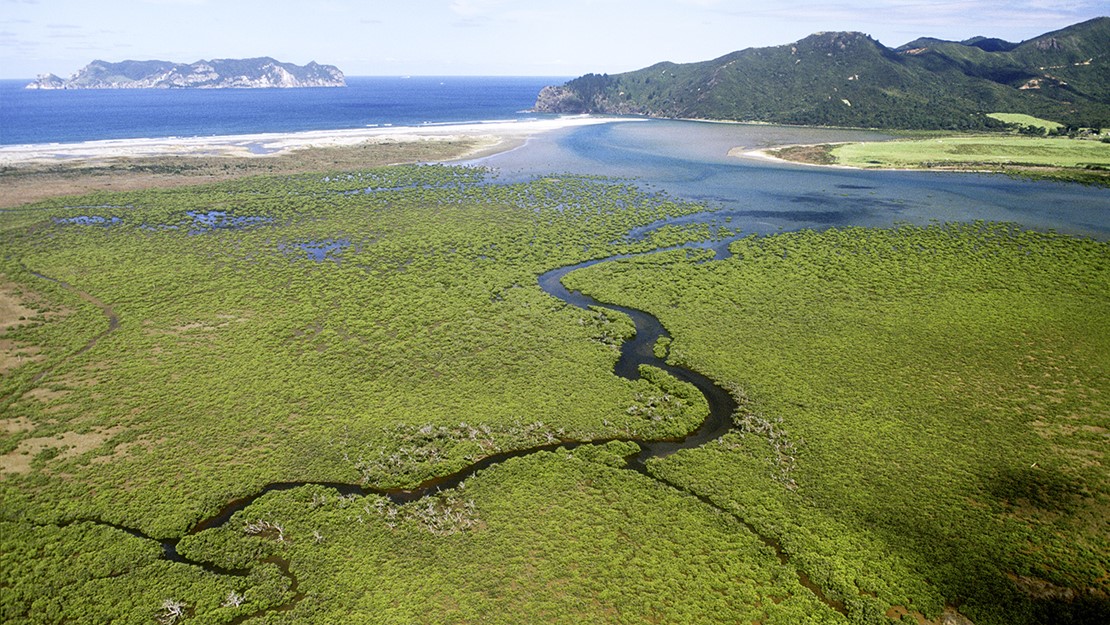 Whangapoua estuary in the foreground and the dunes of Whangapoua beach in the distance, Great Barrier Island.
Photo credit: Wild Earth Media Ltd.

The most significant threats to this ecosystem include:

Increases in sedimentation cause seagrass communities to decline, which leads to an expansion of mangrove forest.

Mangrove clearance in urban areas is an increasing threat.

Climate change will have significant impacts on the extent and distribution of some variants in this ecosystem. As a result, some shell barrier beaches may disappear.