Te Matuku Bay biodiversity focus area is situated on the south coast of Waiheke Island. It has one of the largest and least disturbed estuaries and the best estuarine to forest ecosystem sequence on the island.

Te Matuku Bay Marine Reserve protects the marine environment within the bay. This includes eel grass and shellfish beds on the mudflats, mangroves and saltmarsh, and two shell barrier beaches on the eastern side of the bay (SA1). 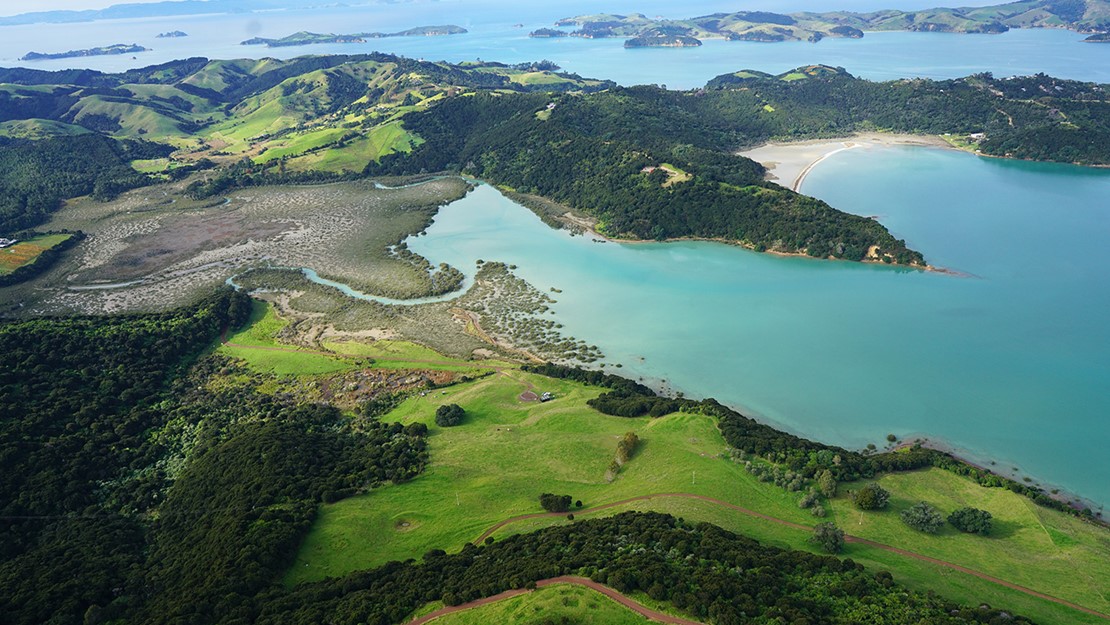 Looking east over the mangroves at Orapiu and Te Matuku Bay. Ponui Island can be seen in the background.
Photo credit: Andrew Macdonald, Biospatial Ltd 2019

The hillslopes are covered in a mosaic (mix) of: 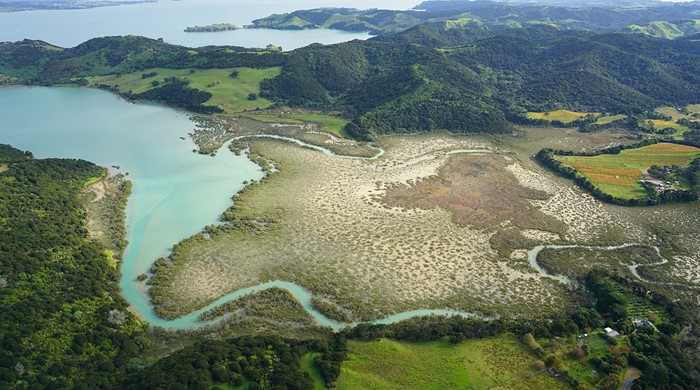 The forest vegetation provides habitat for birds including:

Kākā and pīpīwharauroa (shining cuckoo) are also present for part of the year. The freshwater streams provide habitat for species including kōura (crayfish), banded kōkopu (cockabully) and tuna (eels).

Te Matuku Marine Reserve protects one of Waiheke Island's largest and least disturbed estuaries, along with an area outside Te Matuku Bay in the Waiheke Channel.