Fen wetlands have low to moderate soil fertility and are fed by groundwater and surface water run off. They form on peat substrates and the water table remains stable below the peat surface.

In Auckland the most extensive and intact examples of this ecosystem are found on Aotea  / Great Barrier Island. Other examples are scattered along: 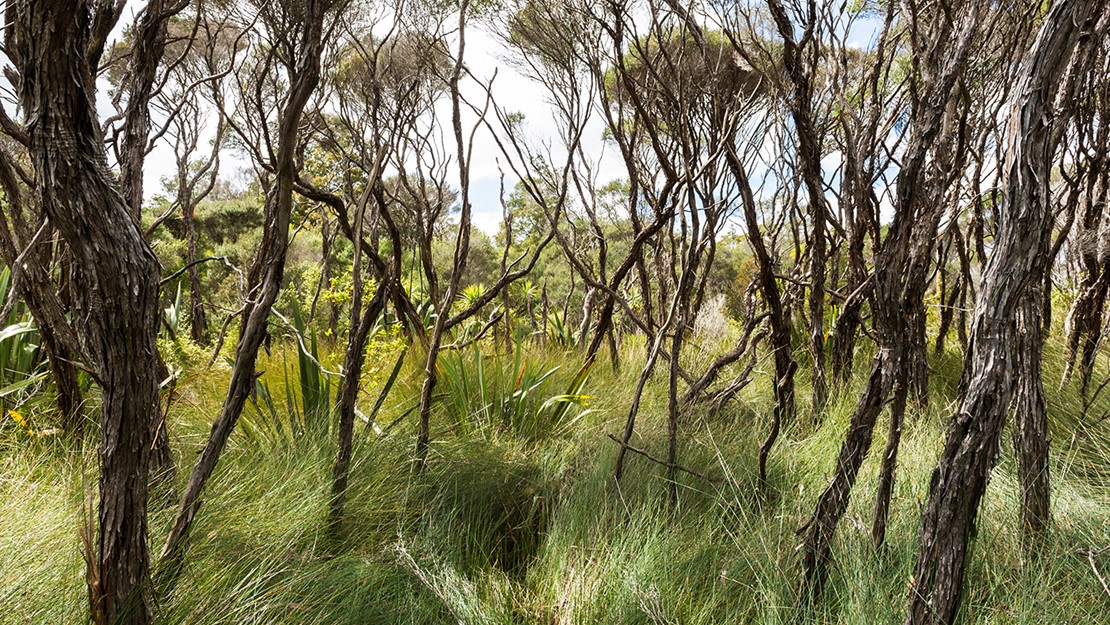 Mānuka is scattered throughout the canopy with occasional broadleaf species. In the understorey species commonly found include:

Mātātā (fernbird) are often present in this ecosystem. Other species occur where willows have invaded and the site is more fertile. These species include:

Much of this ecosystem was cleared and developed into pasture as the soils are often seasonally dry. As the vegetation is highly flammable, fires have also reduced the extent and abundance of these wetlands.

The invasion of weeds such as pampas and blackberry are also a threat to this ecosystem.