The Soldiers Bay Sequence biodiversity focus area is situated in the upper Waitemata Harbour on the coast between Birkenhead and Birkdale, on the North Shore. It is a highly valued intact ecological sequence from forest to coast.

The biodiversity focus area includes the forest-clad Kauri Park and Muriel Fisher Reserves, as well as other small areas of local parkland. 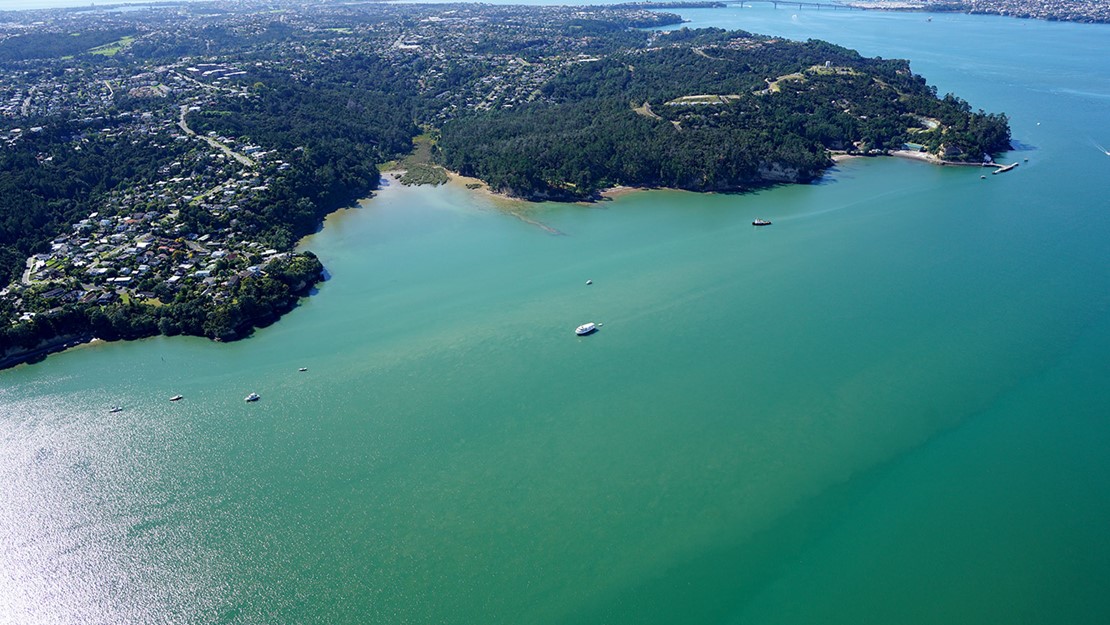 Soldiers Bay sequence consists of hills of coastal and podocarp, broadleaved forest species that drain into into a raupō wetland before flowing into mangrove forest and scrub.
Photo credit: Andrew Macdonald, Biospatial Ltd 2019

Soldiers Bay is a small bay with shell banks (SA1.5) on either side of the main mangrove-lined channel. Upstream, a small floodplain extends for approximately 300m. The vegetation transitions from mangrove to saltmarsh (SA1) to raupō-dominated wetland (WL19) and then swamp forest with kahikatea and occasional swamp maire (WF8).

Further upstream at the base of the gully, the vegetation is dense and dominated by mature native broadleaved trees including:

On hillslopes to the north and east of the bay the vegetation is a mix of mature kauri forest and younger kauri-tānekaha forest. Hard beech, an uncommon species in northern Tāmaki Makaurau / Auckland, is also found on spurs above the stream.

Coastal forest (WF4) extends around the headland on the northern side of Soldiers Bay. Pōhutukawa is dominant on the cliff edges. On gentler hillslopes, other broadleaved trees are more abundant such as pūriri, kohekohe and kōwhai. 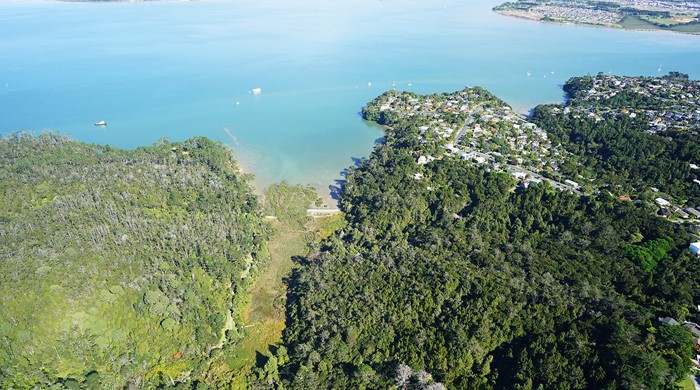 Find out what causes Kauri dieback disease and how it spreads.