This type of forest thrives in warm areas with moderate humidity. It occurs almost exclusively on steep southern facing hill-slopes below 600m elevation. Soils have low-moderate fertility that comes from weathered parent materials.

This forest has similar flora to other kauri ecosystems (WF11) but also contains hard beech stands.

It is likely that this forest type was once more widespread along Auckland's southern and eastern hills and ranges. It is now restricted to a few areas including : 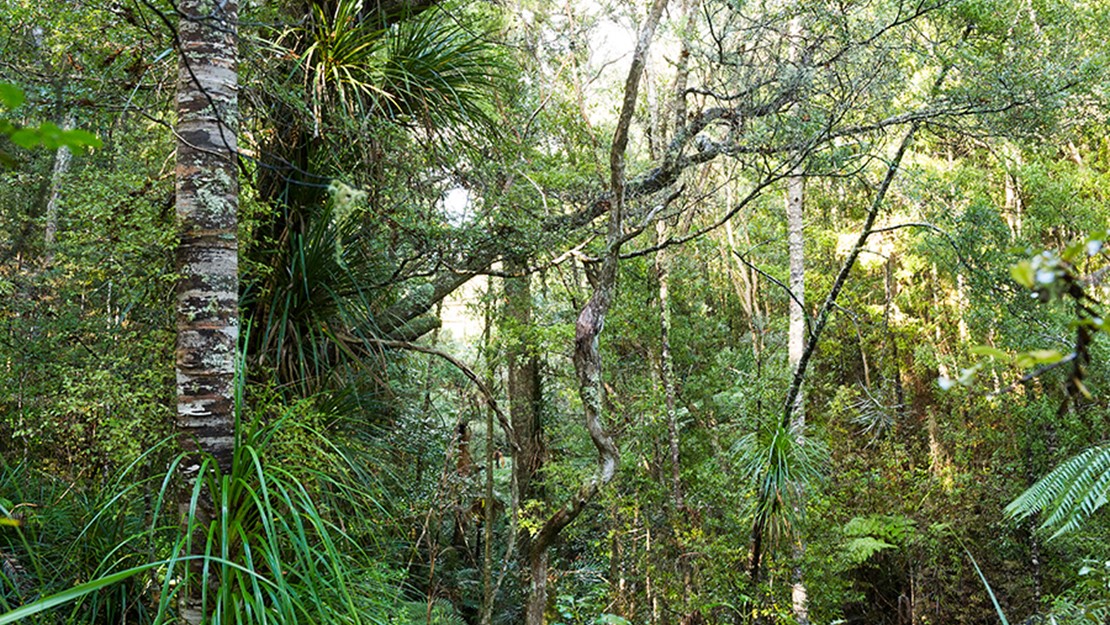 These forests support the more common native birds such as:

In areas with no predators, cavities in old beech trees provide a good home to:

Threats in this ecosystem

This ecosystem is endangered due to pests and kauri dieback.

Pest animals are a significant threat as they reduce the amount of available food and they prey on native animals. These pests include:

Kauri dieback is also a major threat to this ecosystem. It is important to always clean your shoes, tires and gear before entering and after leaving a kauri forest.