Shakespear Open Sanctuary is one of Auckland’s most visited nature reserves. It is situated on the headland at the eastern end of the Whangaparāoa Peninsula. It includes most of Shakespear Regional Park and the New Zealand Defence Force land at the end of the peninsula.

The Open Sanctuary was established in 2010 with the construction of a predator-proof fence across the peninsula and the subsequent removal of pest animal species. It is connected to the urban part of the Whangaparāoa Peninsula by a narrow, low-lying isthmus between Army and Okoromai Bays. It provides a valuable ecological linkage between the Auckland mainland and Tiritiri Matangi Island.

Parts of the regional parkland within Shakespear Open Sanctuary are still farmed. Gullies, wetlands, remnant vegetation and native restoration plantings are fenced off and protected from livestock access. 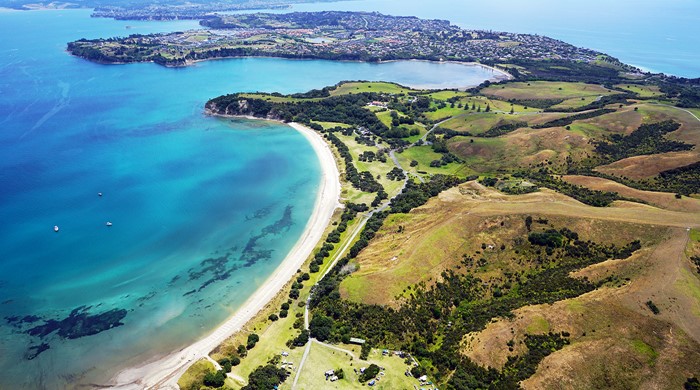 Korimako (bellbird) and kākāriki have both self-introduced from nearby Tiritiri Matangi Island and are now breeding successfully within the sanctuary. Kākā are occasional visitors.

Tūturiwhatu (New Zealand dotterel) and tōrea pango (variable oystercatcher) nest within the sanctuary. Many other shorebird species utilise the intertidal flats of Okoromai Bay for foraging. 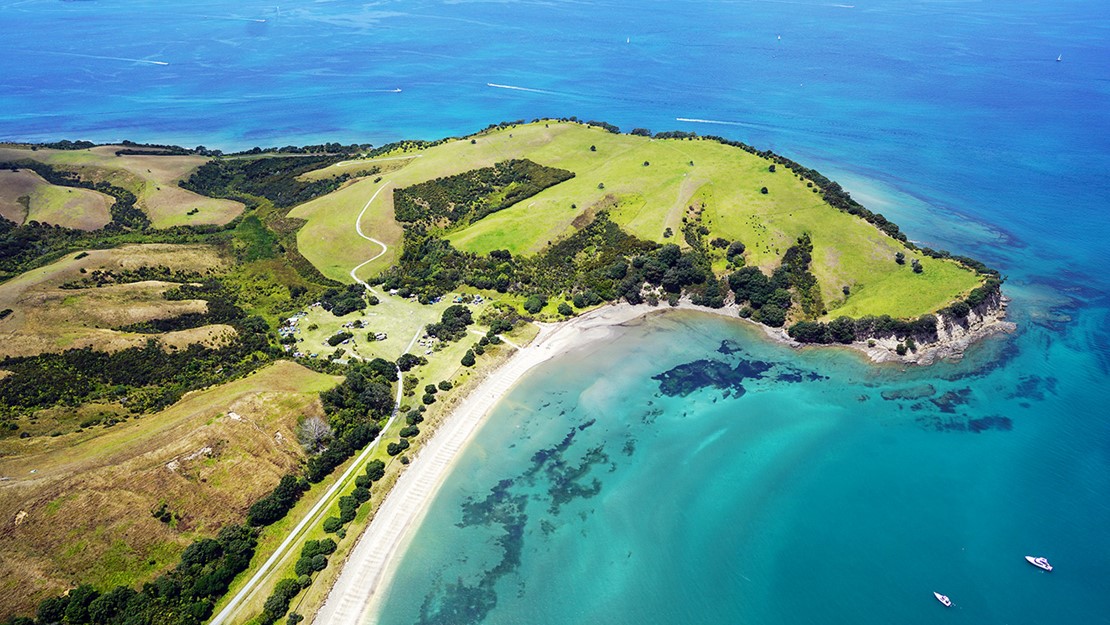 From Te Haruhi Bay, the efforts of a significant vegetation programme can be seen.
Photo credit: Andrew Macdonald, Biospatial Ltd 2018

Since becoming pest-free, certain species have been able to be reintroduced to the sanctuary and are establishing. These include:

Small populations of seabirds are starting to reestablish, including:

Many species of native skink and gecko are naturally present here. The lizard diversity is high for the mainland of Tāmaki Makaurau / Auckland. 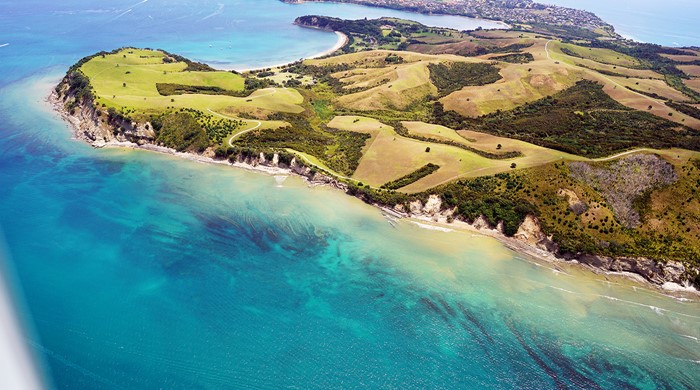 Large areas of the parkland have been restored through native plantings. Seed is collected locally and raised in an onsite nursery run by Shakespear Open Sanctuary volunteers. These volunteers are involved in a wide range of conservation activities across the sanctuary.

SOSSI is an incorporated society and registered charity established in 2004 for the purpose of assisting Auckland Council with the establishment and development of the sanctuary.