The Manukapua Island and Okahukura Sequence biodiversity focus area is situated on the west coast of the Tapora Peninsula. It contains a diverse range of ecosystems including:

The area is recognised as of national and international significance for birdlife. The Department of Conservation administers the following areas within this biodiversity focus area: 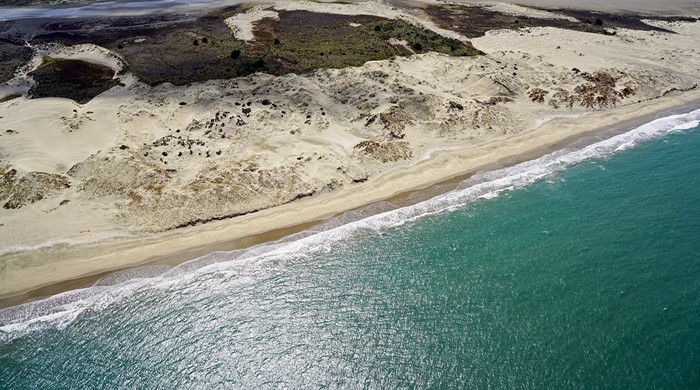 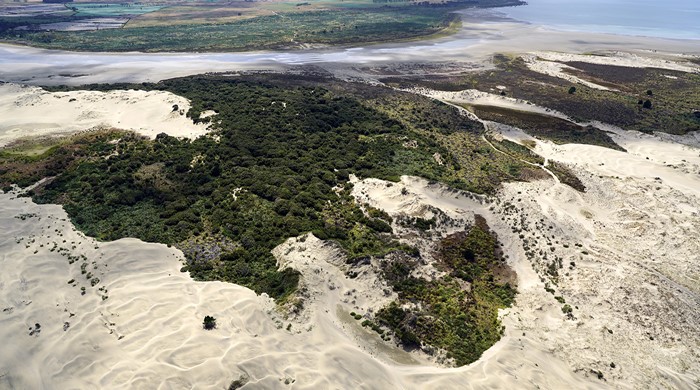 The saline and freshwater vegetation sequences here provide important habitat for secretive coastal fringe and wetland bird species such as:

The intertidal area and sand banks are a feeding ground and important roosting area for thousands of international migratory birds who flock here over the summer months.

A significant scrub fire in 2013 damaged native and exotic vegetation in the Okahukura Conservation Area. A native revegetation programme is being planned for the area damaged by this fire.

The local community is actively involved in ecological restoration here. Taporapora Land and Coastal Community Care group has an extensive trapping network across the Tapora Peninsula. They are helping reduce pest numbers and restoring indigenous wildlife on the peninsula.

Large dune plains such as those at Whatipū and Papakanui Spit occur with accreting coastlines behind mobile dunes. The mosaic of dry and ephemeral plant communities provide habitat for many native fauna.

This rare and threatened forest ecosystem occurs on stabilised sand dunes on the coastal peninsulas of South Head, Tapora and Awhitu. It is home to tūī, piwakawaka (fantail), and kōtare (kingfisher).