The Āwhitu Regional Park wetlands are situated on the edge of the Manukau Harbour. They are protected within the regional park boundaries.

This biodiversity area is made up of two large wetlands which transition from freshwater to saline. Forest, scrub and restoration plantings also surround the wetland alongside pōhutukawa treeland on the cliffs at the southern end of the beach.

Although both wetlands were initially restored through planting and floodgate removal, native saltmarsh species have also established naturally. This area now has some of the most significant coastal wetlands and saltmarshes in the Manukau Harbour. 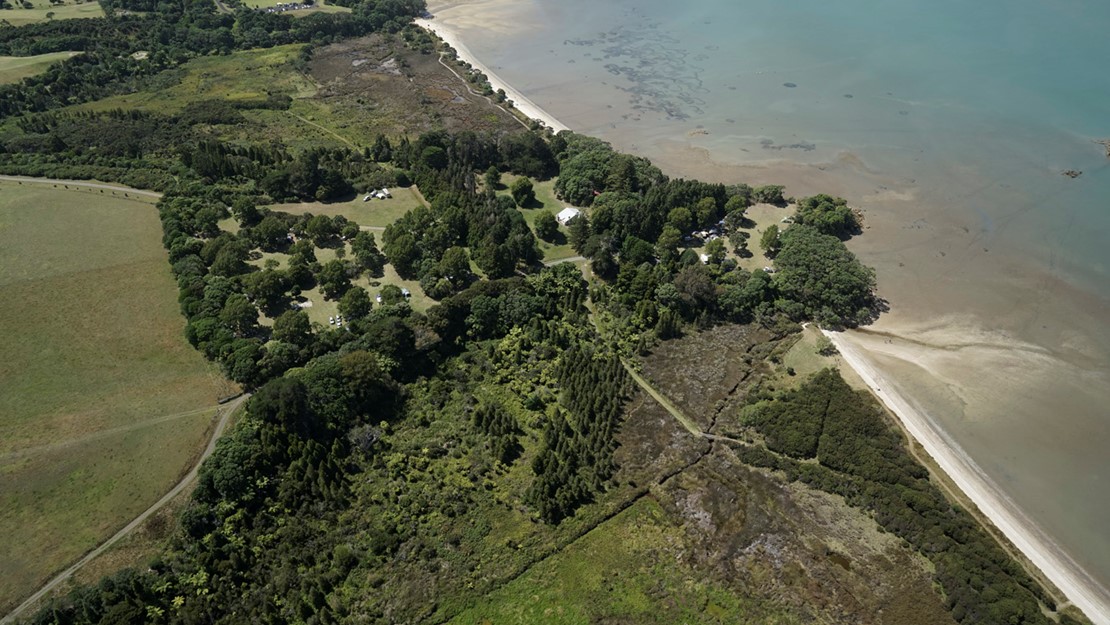 The wetlands provide important habitat for many native species including:

The coastal margin also provides habitat for shorebirds including:

The biodiversity focus area extends to the southern end of the beach and includes the pōhutukawa-dominated vegetation growing on the steep slopes. Native birds recorded in the forest and scrub areas include:

There is an active weed and animal pest control programme to protect the biodiversity values here. Most of the riparian planting is now complete.

Āwhitu Regional Park sits on the southwest shores of the Manukau Harbour.