The Whakanewha biodiversity focus area is an extensive area almost entirely covered in native vegetation. It includes a mosaic of vegetation covering the moderately-steep hills and coastal flats. It has excellent sequences of vegetation grading from one ecosystem type to another as well as a high species diversity.

Most of this biodiversity focus area is located within Whakanewha Regional Park, on the south-western coast of Waiheke Island. 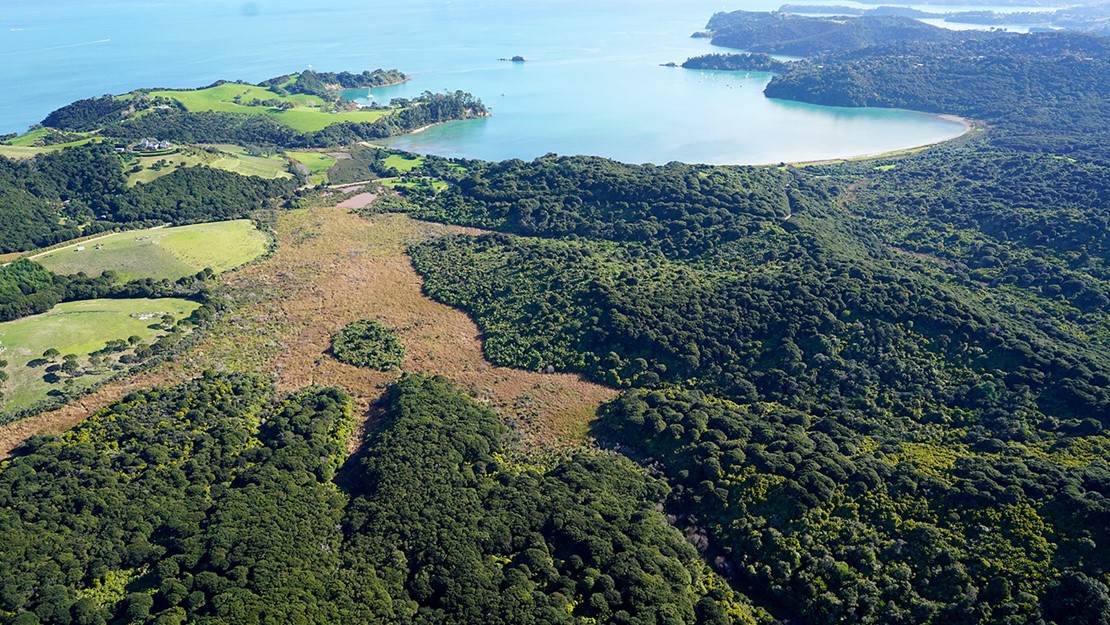 There are several mature coastal forest remnants (WF4), buffered by large areas of regenerating forest and scrub (VS2 and VS5). The forest and scrub buffer the northern-side of Poukaraka wetland, a large raupō-dominated swamp (WL19). This swamp is recognised as being one of the best examples of this ecosystem type on Waiheke Island.

The wetland grades into an area of oioi-dominated freshwater wetland (WL10) and saltmarsh (SA1) downstream. A shell and sand barrier beach (SA1.5) extends along most of the Rocky Bay foreshore with a band of saltmarsh on the inland side.

Whakanewha Stream and two other streams flow down through the forest-clad catchment, through freshwater wetlands and saltmarsh before discharging onto Rocky Bay beach. 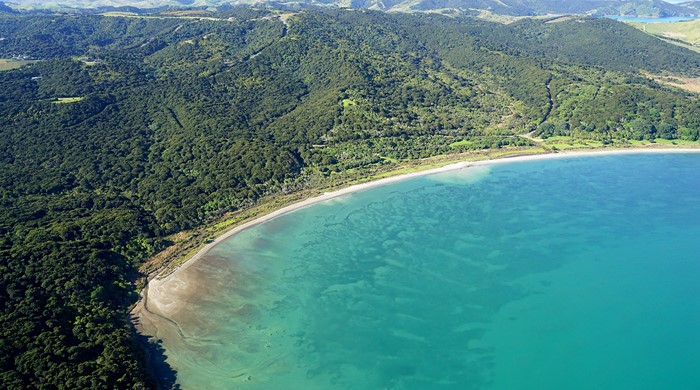 There are many native species found throughout this biodiversity focus area, including: 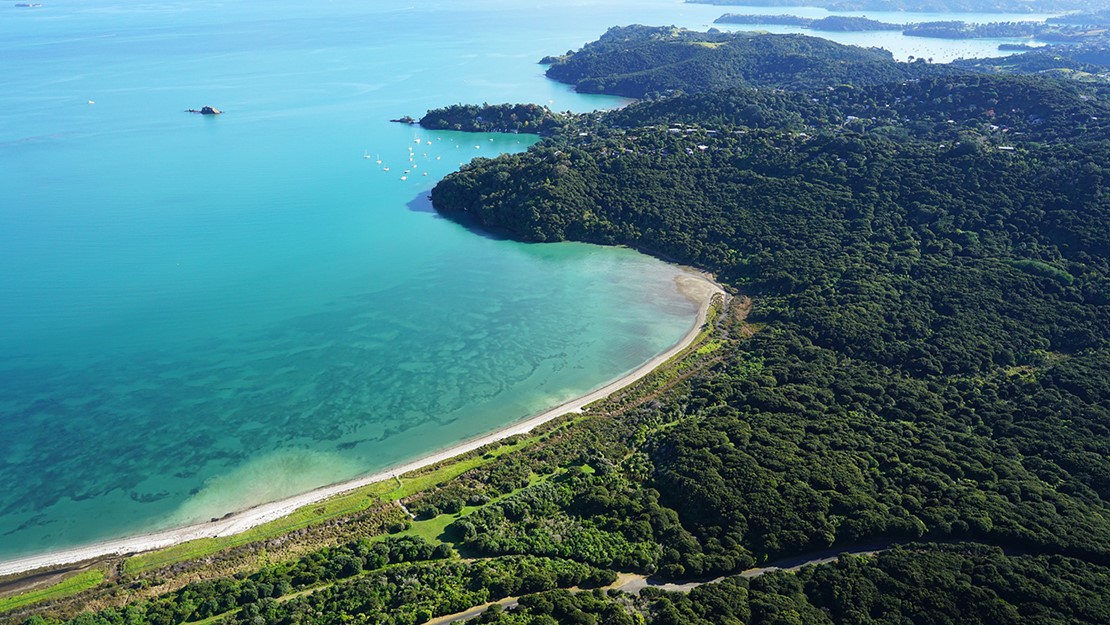 There are no possums, ferrets or weasels on Waiheke Island. This, along with pest animal and pest plant control since the parks purchase in 1994, has improved the habitat value for native species.

Managing continual pest plant and pest animal invasion to the park is an ongoing challenge.

Te Korowai o Waiheke is a community-led initiative aiming to eradicate stoats and then rats from Waiheke Island.