The Tamahunga Ecological Area includes Mount Tamahunga, the highest peak (437m) in the Matakana area, and an extensive area of continuous native forest and scrub surrounding the peak.

The Tamahunga Ecological Area is part of a much wider corridor of native forest and scrub on steep, sandstone hills. These hills stretch from Dome Forest, north-west of Warkworth, to Leigh on the east coast.

This biodiversity focus area includes the Omaha Conservation Area and Omaha Scenic Reserve, both administered by the Department of Conservation. 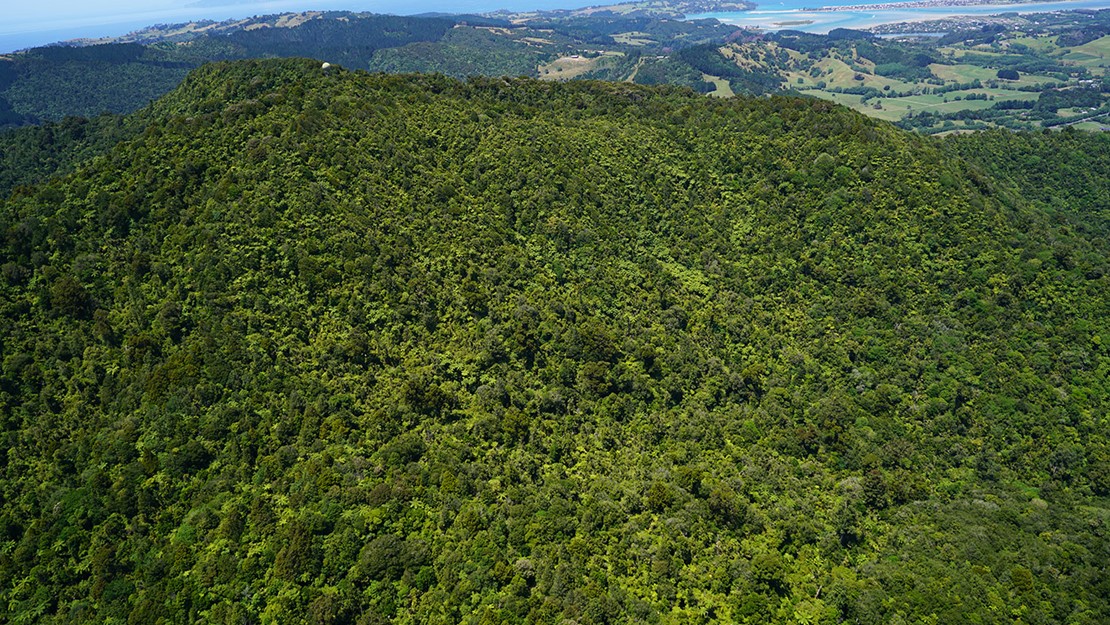 The vegetation on the distinctive double peaks of Mount Tamahunga and throughout the rest of this biodiversity focus area is a mosaic (mix) of mature and regenerating native forest and scrub. It includes one of the largest and best examples of taraire forest (WF9) in the northern part of the region.

Plant species diversity within the taraire-dominated forest is very high. Large northern rātā, rimu, kahikatea, and rewarewa tower over mature taraire, pūriri, kānuka, tawa, pukatea and many other native canopy species. There is an abundance of vines and epiphytes.

Beneath the forest canopy, a dense and diverse understorey is re-establishing following the removal of large numbers of goats and ongoing pig control. 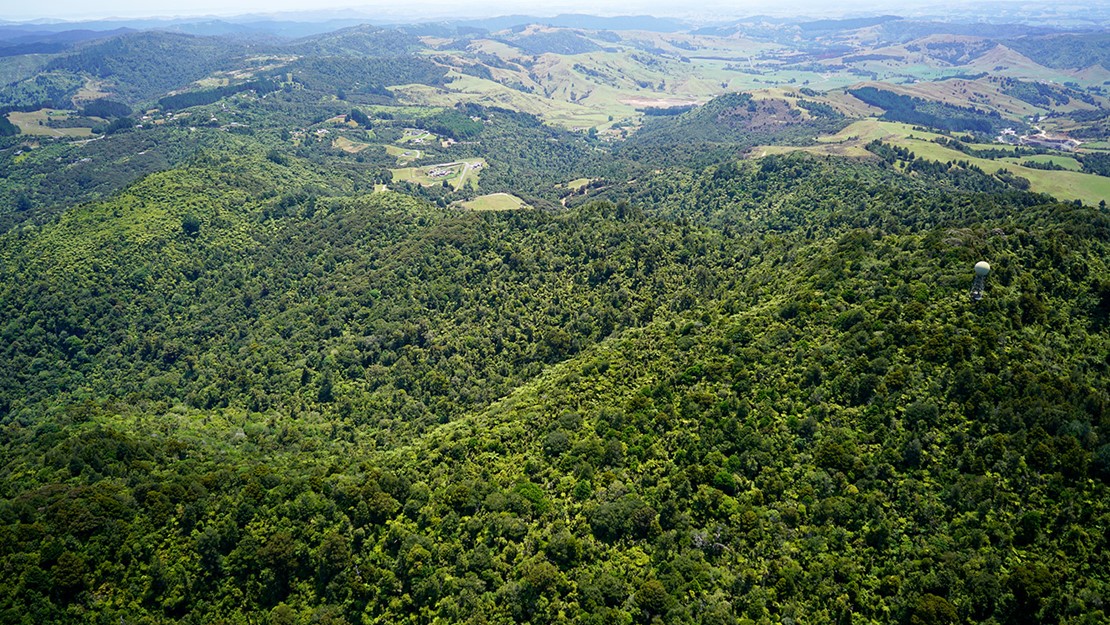 Forest-clad permanent streams and waterfalls support populations of pepeketua (Hochstetter’s frog), tuna (long-fin eel) and other native fish. The forest provides habitat and food sources for many native birds including:

Tramp up to the summit of Mount Tamahunga through regenerating native forest. This track is part of Te Araroa - The Long Pathway.