There are large forest-clad catchments and the native forest extends well beyond the biodiversity focus area. Streams drain through the Huia and upper Nihotupu catchments. They travel over several waterfalls and into the Manukau Harbour at either Huia Bay or Big Muddy Creek.

Within this biodiversity focus area the forest varies from kauri-dominated forest (WF10) with some of Auckland’s best and most mature kauri specimens, grading into kauri, podocarp, broadleaved forest (WF11).

There is an area where broadleaved trees such as tawa and hīnau (WF13) are common. There are also patches of regenerating kānuka-dominated forest and scrub (VS2).

The forest is intact and the plant species diversity is extremely high. Several native plant species that are only found at higher altitudes in Tāmaki Makaurau / Auckland grow here.

This extensive area of high-quality forest and streams provide some of the most important habitat on the Tāmaki Makaurau mainland for: 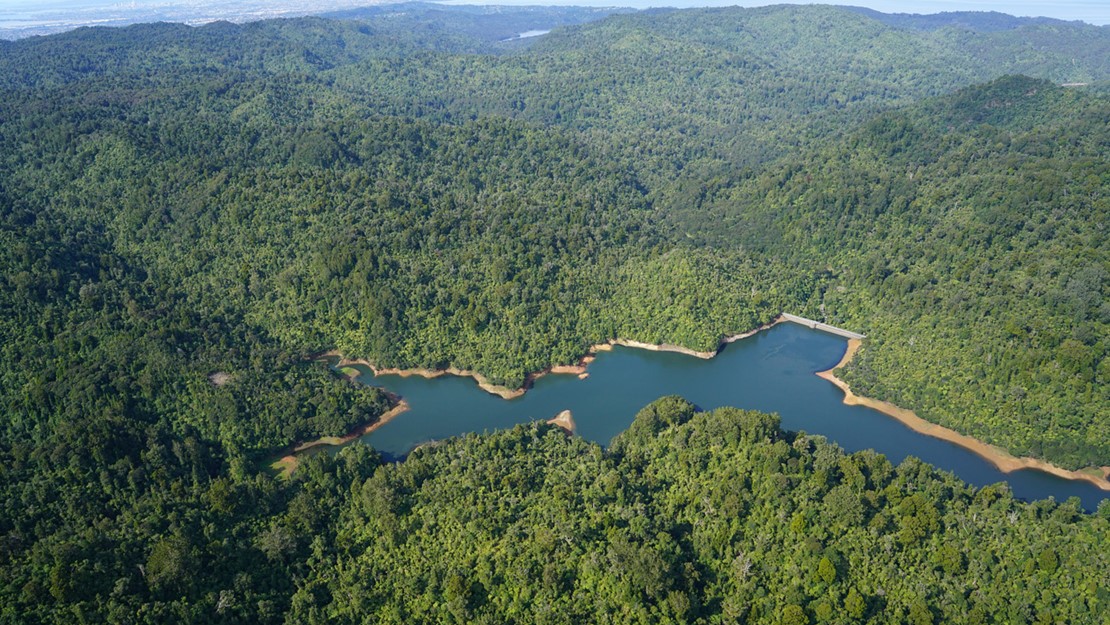 Unfortunately, kauri dieback, a soil-borne pathogen capable of killing kauri trees of all ages, is present within the forest. Public access is now closed to prevent further spread of this pathogen.

The landforms reflect the volcanic origin of this area. The biodiversity focus area includes three Outstanding Natural Features. These are identified in the Auckland Unitary Plan as:

In the north of New Zealand, dense forests of the iconic kauri occur on hill slopes and hill crests. This long-lived forest ecosystem is significantly threatened through the spread of kauri dieback.

Map of Huia in the Waitākere Ranges Regional Park.