Gittos Domain is a coastal, south-facing local park in Blockhouse Bay. According to historic records, the area was cleared for farming and the establishment of a tannery in 1882. Pine trees were planted during this period. 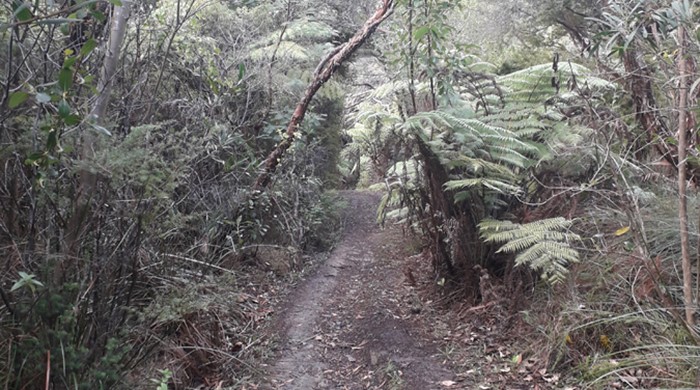 The vegetation across most of the site is reasonably young, indicating it may be regenerating following a fire. There is a strip of coastal broadleaved forest (WF4) along the coastal margin above the steep cliffs. Young kānuka-dominated scrub and forest (VS2) is regenerating across the hillslopes inland of the coastal edge with pine trees scattered through.

There is also approximately one hectare of gumland (WL1.2) on the western side of the reserve.

Gumlands were once much more widespread. Frequent fires, urban development, weed invasion and other factors have permanently altered many of the original gumlands. As a consequence of this loss, this ecosystem type is critically endangered in the Tāmaki Makaurau / Auckland region. 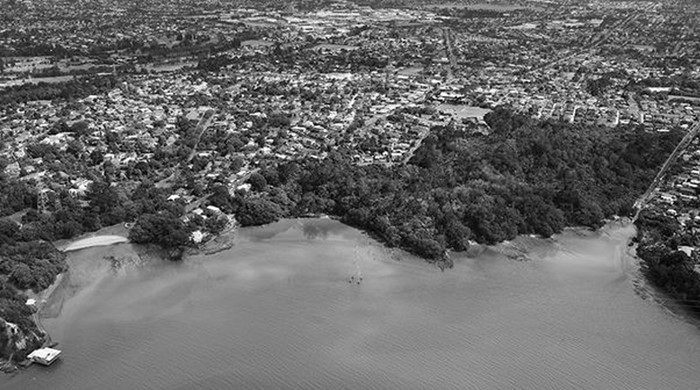 A historic aerial photo of Gittos Domain and the surrounding suburb of Blockhouse Bay.

Gumlands tend to occupy soils where kauri leaf litter has altered the soil chemistry. The soil becomes water-logged during periods of heavy rain and has low levels of fertility. Only native plants tolerant of these conditions can grow in gumlands.

The gumland vegetation in this biodiversity focus area includes species such as:

The grass-leaved greenhood orchid (Pterostylis graminea) is abundant in patches under mānuka.

Weeds tend to be a problem in gumlands and at this site, Sydney golden wattle is the most abundant weed. Hakea, brush wattle, pampas and gorse are also present. Climbing asparagus - a particularly invasive weed, is widespread throughout the reserve.

The weeds within the reserve are being controlled by Auckland Council. 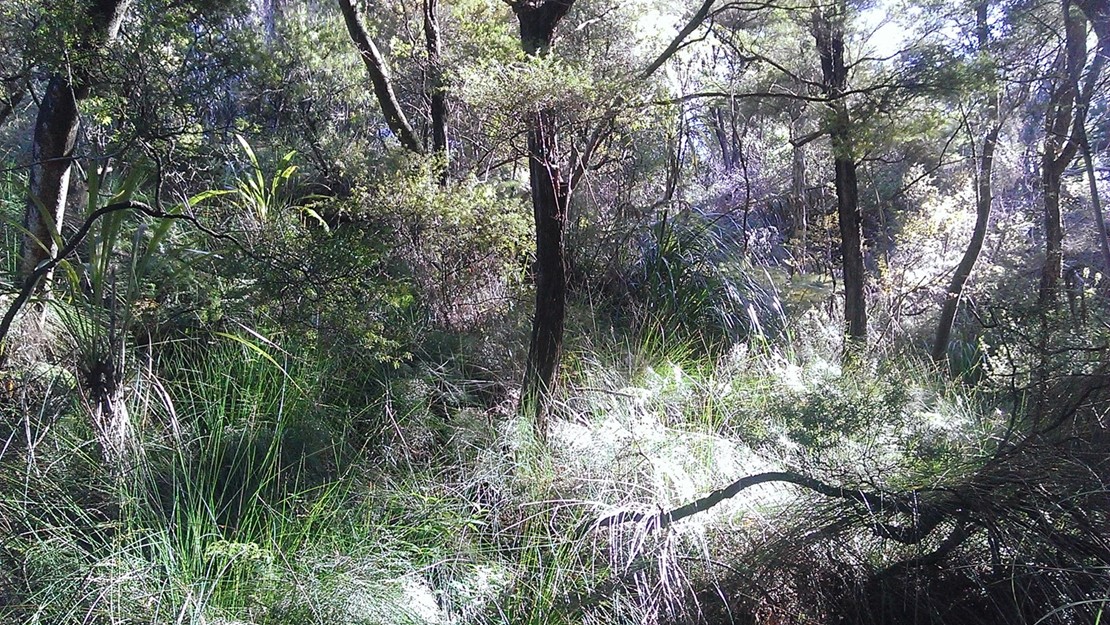