The Whatihua Lake biodiversity focus area is a long and narrow dune lake, surrounded by farmland at the base of the Āwhitu Peninsula. It is approximately five kilometres west of Waiuku.

A narrow band of wetland vegetation dominated by jointed twig rush, kuta, raupō and pukio surrounds most of the lake margins (WL11). This transitions into raupō-dominated (WL19) wetland at the eastern end of the lake. Of particularly high biodiversity value are small patches of lakeshore turf (WL15) dotted around the lake. 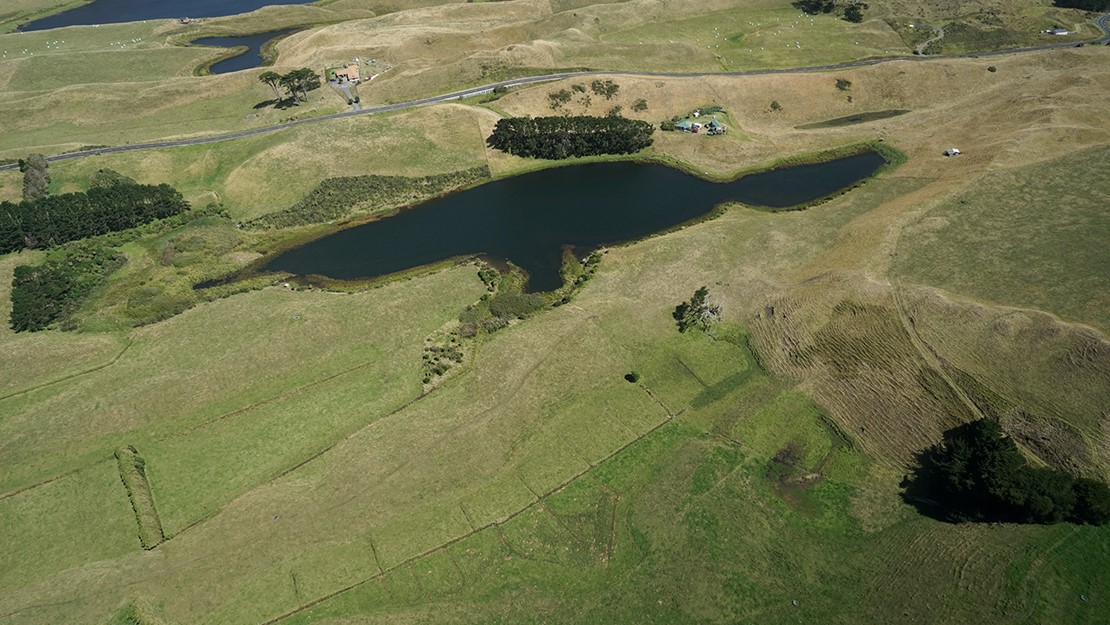 Lakeshore turf is an ecosystem type with few remaining examples in Tāmaki Makaurau / Auckland. Threats to lakeshore turf include the low-growing, herbaceous vegetation being damaged by livestock or out-competed by exotic plant species.

Lakeshore turf is identified as a regionally threatened ecosystem type and is ranked as Critically Endangered. The lakeshore turf vegetation here includes native herbs such as:

Weweia (dabchick) and other waterfowl species use the open water and wetland habitat at this site.

Weeds such as kikuyu, mercer grass and water purslane are common. They are potentially becoming an increasing threat to the lakeshore turf now that the lake is fenced off to exclude livestock.

A wetland ecosystem that occurs in a narrow band of lake-side habitat on coastal and inland lake margins. A diverse range of species live here.