Herbfield, also known as lakeshore turf, occupies a narrow band of habitat on the shallow slopes of lake shorelines, between the permanent aquatic vegetation and taller lakeshore sedge or shrub ecosystems.

This zone is an ephemeral wetland which is seasonally wet. Soils are generally raw sand or fine gravels and may also contain silts and clays.

There are two broad variants of this ecosystem: coastal and inland lakeshore turf. In Auckland, it is known to occur on the margins of dunes lakes. 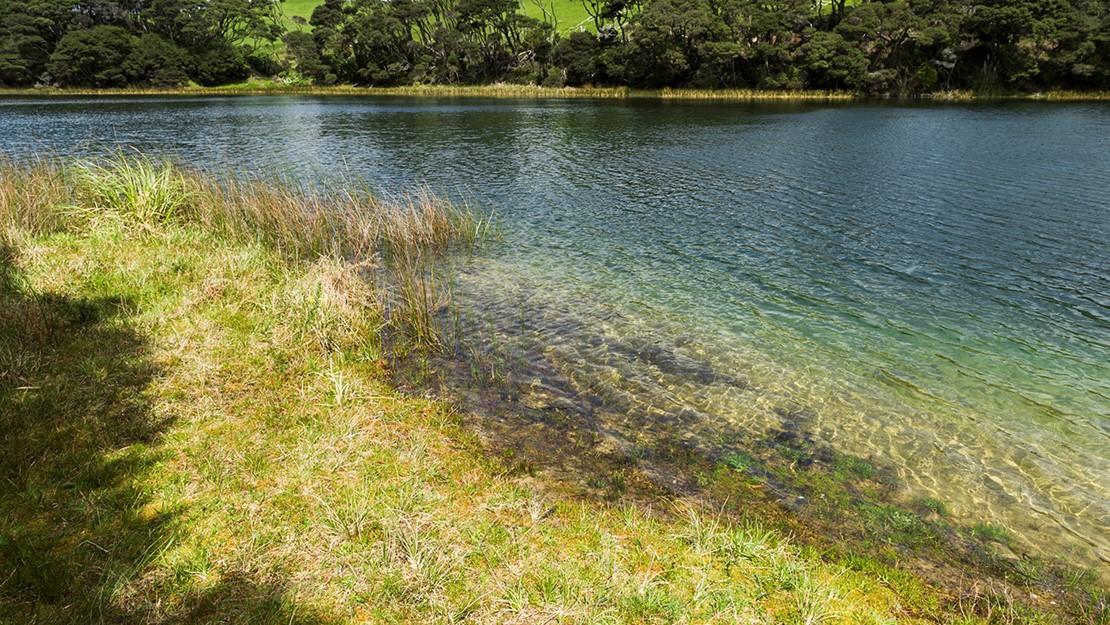 A diverse range of species are present, with few species taller than 20mm high. Species composition varies between coastal and inland lakeshore ecosystem types. Both variants are characterised by low stature herbaceous species and sedges.

A wide range of wetland birds live in this habitat. Geese, swans and ducks graze the herbaceous species. In pre-human times, grazing waterfowl may have been important in maintaining the turf communities. They also aided dispersal of seed between lakes.

Many examples of this ecosystem have been reduced in extent as they occur around the margins of lakes used for hydro-power generation. At these sites, lake levels are kept high, reducing the available habitat for species to establish.

Lake eutrophication (becoming overly enriched with nutrients) and pest fish such as koi carp are also threats as they reduce water clarity. This limits the amount of sunlight to the plant species in this ecosystem when it is underwater. Lake eutrophication can also lead to an increase in weed species.