The Waitākere Coastal Forest and Turf biodiversity focus area extends along the Waitākere coastline from Bartrum Bay (south of Muriwai) to Karekare. It includes mostly public land. The terrain is rugged and volcanic in origin. 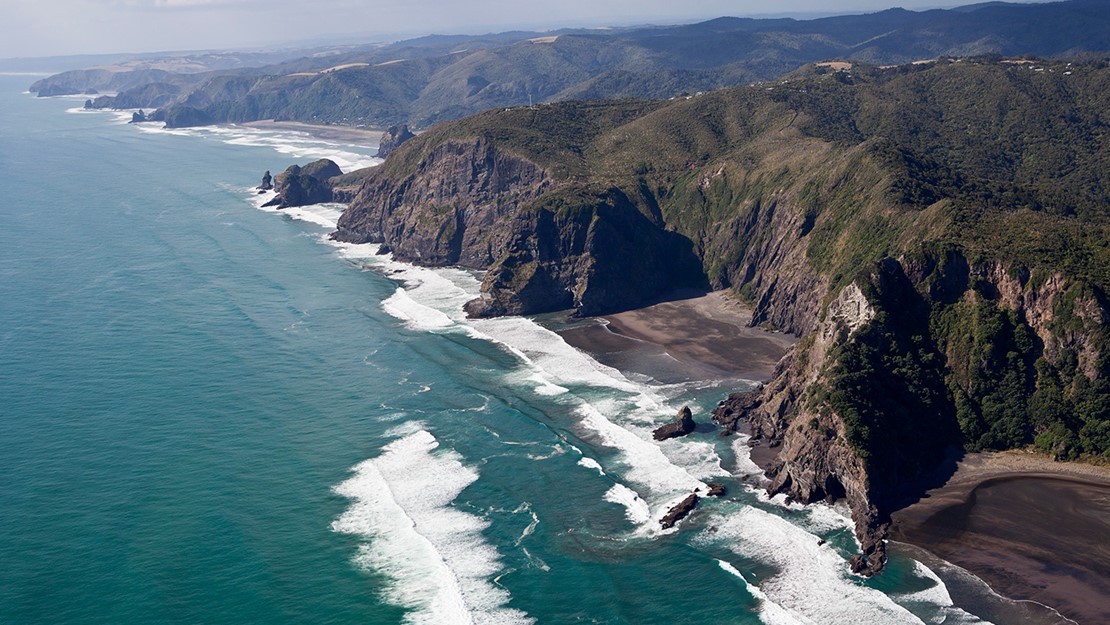 The ecosystems covered by this biodiversity focus area include:

The coastal forest remnants include some of the best examples on Tāmaki Makaurau / Auckland’s west coast. Flax is abundant on the cliffs, although there are a variety of other coastal trees, shrubs and herbs present including threatened species.

The ground beneath the petrel scrub (SA7) on one of the islands is covered in seabird burrows. The vegetation here is a mix of coastal trees and shrubs including houpara, karo, kawakawa and hangehange. Glasswort and iceplant are also locally common, but generally the ground is bare due to regular disturbance by the burrowing seabirds.

Petrel scrub was formerly widespread on suitable coastal sites throughout the mainland, associated with burrowing seabird colonies. However it is now mostly restricted to predator-free offshore islands where seabird colonies persist or are recovering. 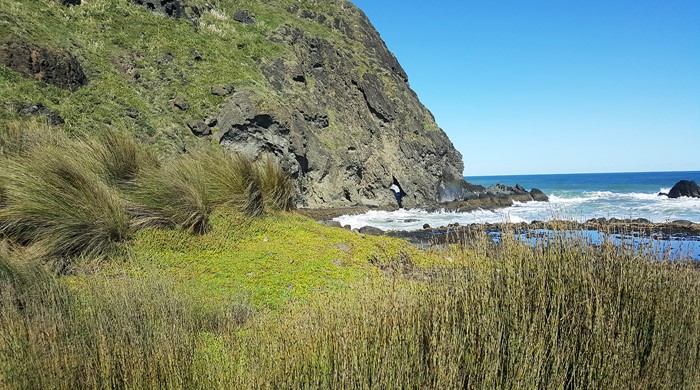 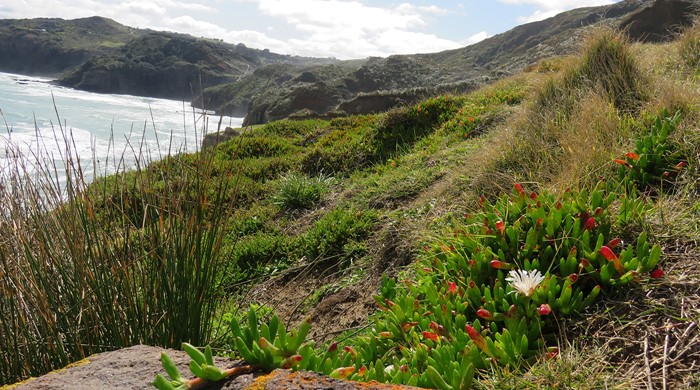 Coastal turf is one of Aotearoa / New Zealand’s naturally uncommon ecosystem types. It has become increasingly rare over time due to:

The four coastal turf sites included in this biodiversity focus area are the best examples on mainland Tāmaki Makaurau / Auckland.

The vegetation throughout this biodiversity focus area provides important habitat and food sources for native animals including lizards, forest birds and seabirds. Ōi (grey-faced petrel) and kororā (little penguin) nest in a number of places along this coastline.

This ecosystem occurs on hard rock on coastal bluffs and cliffs along the western coastline of Auckland and some Hauraki Gulf islands. A wide range of salt-tolerant herbs, sedges and rushes are present.

This coastal ecosystem is also known as petrel scrub. It occurs in association with burrowing seabird colonies and surface nesting seabirds in exposed locations. In Auckland, it is restricted to predator free offshore islands and rock stacks.