The Te Henga Wetland biodiversity focus area is the largest freshwater swamp on the mainland in Tāmaki Makaurau / Auckland. Situated on the west coast in the Te Henga valley, the swamp covers the lower sections of the Waitākere River and Mokoroa Stream.

A mosaic (mix) of raupō, rushes and sedges with scattered cabbage trees and flax is found here with a rich diversity of plant species. The swamp habitat supports important populations of several threatened wetland bird species.

Although there are threats to be managed, Te Henga Wetland is of national biodiversity significance given the: 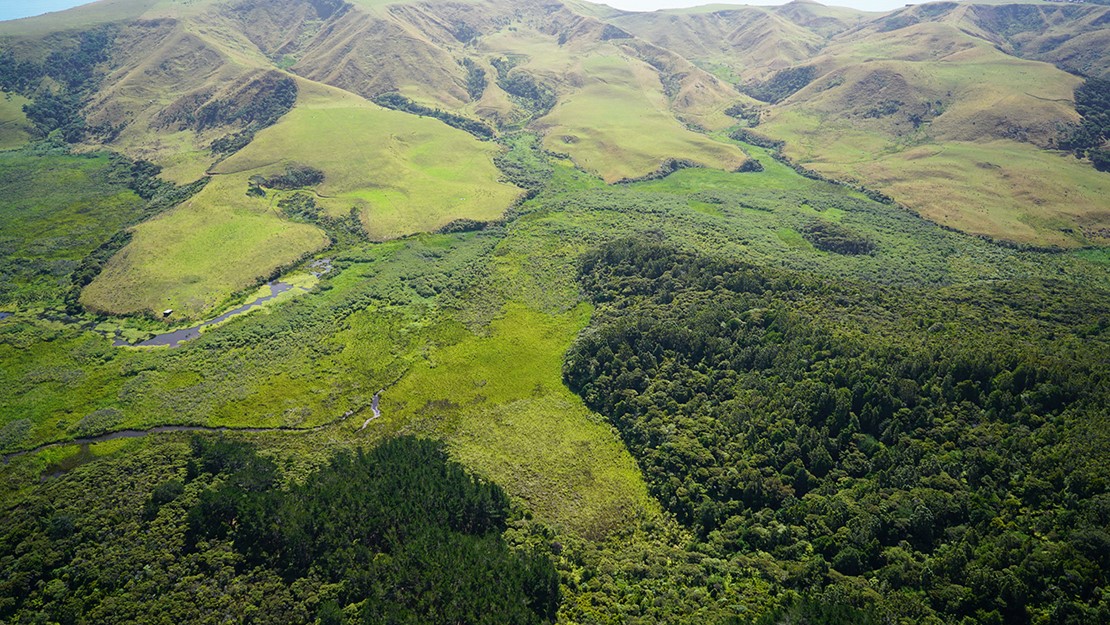 The size and complexity of the wetland mosaic at Te Henga makes it one of the most significant natural wetlands in Tāmaki Makaurau. A working farm runs along its western boundary.
Photo credit: Andrew Macdonald, Biospatial Ltd 2018

Cabbage trees, flax and mānuka are found scattered along the edges of the swamp and on small islands. There are patches of kuta and swamp millet. Other patches are dominated by Machaerina species (WL11) and large areas of raupō reedland (WL19). Several threatened plant populations have been recorded here. 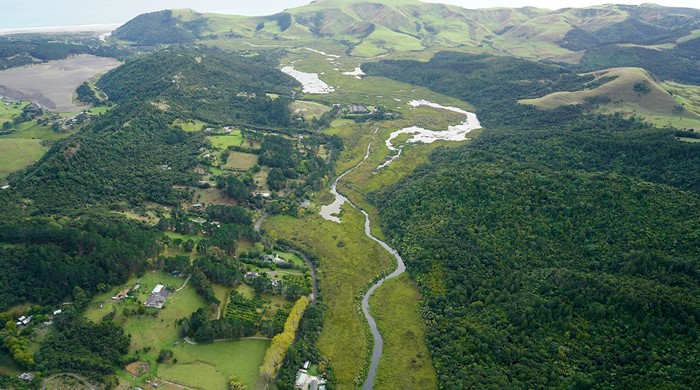 The wetland habitat supports a diverse range of native birds including:

Matuku-hūrepo are under threat of extinction due to the extensive loss of their wetland habitat and ongoing pressures such as predation. Their national population has sharply declined. This species is now ranked as Nationally Critical (the same threat level as kākāpō). 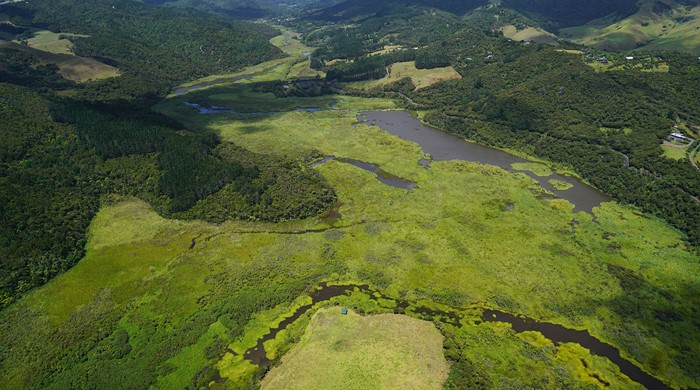 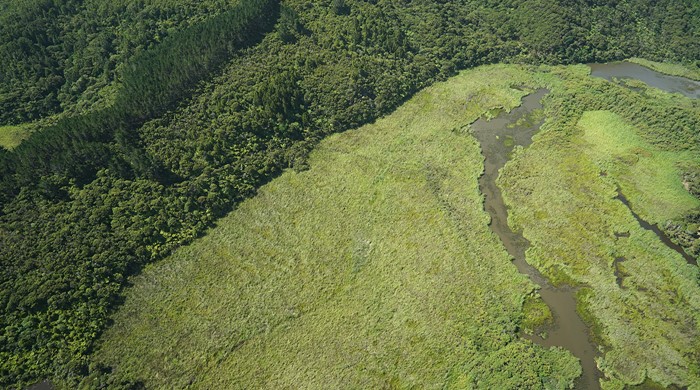 The Te Henga Wetland including a Forest and Bird reserve at the northern end.
Photo credit: Andrew Macdonald, Biospatial Ltd 2019

The community is involved in ecological restoration projects in the local area including:

The recent reintroduction of pateke (brown teal) to Te Henga wetland was possible thanks to the ongoing management of animal pests here.

Flaxlands are flax dominated freshwater wetlands that occur on terraces and in depressions on recent organic soils.