Kaukapakapa Estuary Scientific Reserve is approximately four kilometres north of Helensville. It lies on the northern side of Kaukapakapa River. Purchased by the Crown in 1968, it is now administered by the Department of Conservation. This biodiversity focus area encompasses the entire reserve and includes a variety of ecosystems.

A large area of kauri, podocarp, broadleaved forest (WF11) covers the steep, south-facing slopes from a high ridgeline to kahikatea-dominated forest (MF4), freshwater wetland (WL10) and saltmarsh and mangroves (SA1) at the base. Tidal reaches of the Kaukapakapa River extend along the southern boundary of the biodiversity focus area. There are very few remaining examples of intact native vegetation sequences from ridgeline to river on this scale in Tāmaki Makaurau / Auckland, consequently this is part of the reason why it is of very high biodiversity value. 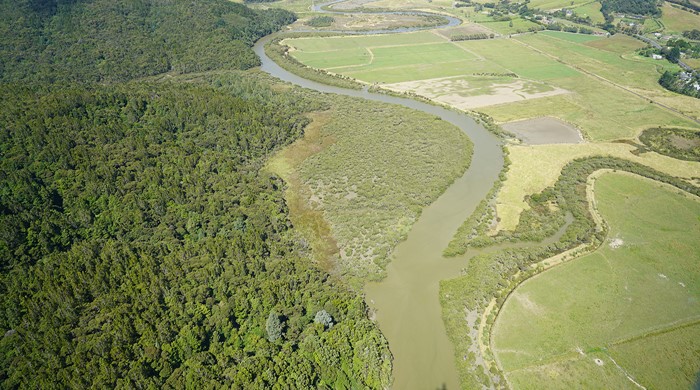 The forest contains a diverse range of native plant species, documented by members of the Auckland Botanical Society on several excursions. Kauri was milled from the reserve by early owners. It is now regenerating in dense young stands (rickers), particularly on ridges and spurs. Other species in the canopy include:

With pūriri and kōwhai along the lower margins of the forest.

The kahikatea forest at the base of the hillslope is an example of an ecosystem much reduced from its original extent. It was heavily milled for timber and the low-lying land it occupies was extensively cleared for the development of farms and urban areas. Consequently, this ecosystem type has a regional threat ranking of Critically Endangered. 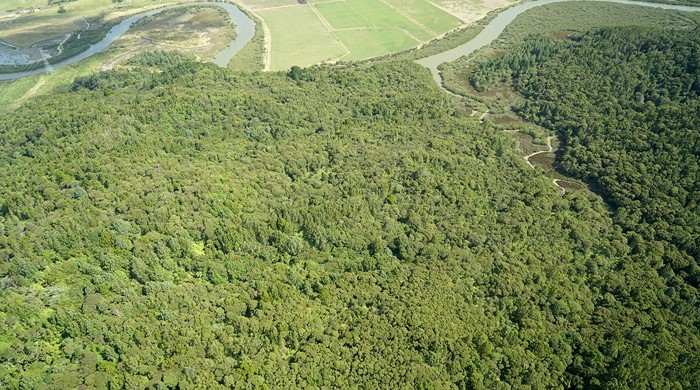 Mātātā (fernbird) have been recorded in the wetlands close to the river. There is also a colony of shags roosting in kauri and tōtara trees. A diverse range of other native birds have also been recorded within the reserve during various surveys.

Kauri dieback, a soil-borne pathogen capable of killing kauri trees of all ages, is present within the forest.