The Mokohīnau Islands are an isolated cluster of small pest-free islands, islets and rock stacks. The islands are approximately 22km north-east of Aotea / Great Barrier Island and administered by the Department of Conservation.

Pokohinu / Burgess Island, the northernmost island, is 50 hectares in size. Most of the island is a scenic reserve and open to the public. The rest of the islands and small rock stacks, including Fanal, Flax and Trig islands, are nature reserves and protected wildlife sanctuaries requiring a permit from the Department of Conservation to land. 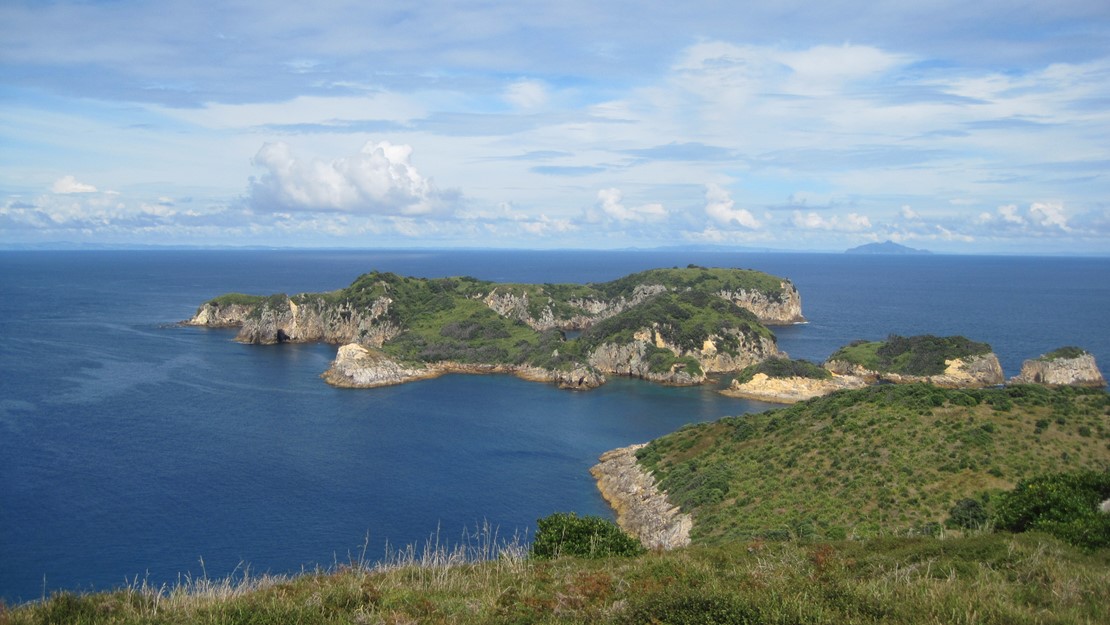 Marine habitats around the islands are diverse. They include broken rock, boulder beaches, sandy bottoms, drop-offs and kelp forests. Fish diversity is high due to the influence of the east Auckland current.

The islands are an extremely important site for seabirds. Large numbers of several species of burrowing seabirds breed here. Vegetation in the seabird nesting areas, colloquially known as "petrel scrub" (SA7), is mostly low-growing native herbs, flax, vines and scrub. This vegetation is influenced by the physical disturbance created by seabirds and from their guano deposits.

The Mokohīnau Islands have the best remaining Tāmaki Makaurau / Auckland examples of petrel scrub. This is an ecosystem with a regional threat classification of Critically Endangered.

Elsewhere on the islands, there is pōhutukawa treeland/flaxland/rockland (CL1) on the cliffs and patches of regenerating coastal broadleaved forest (WF4) on the larger islands. There are small wetland areas in hollows and valleys on Pokohinu / Burgess Island.

The islands provide safe refuge for some of New Zealand’s smallest endangered species including a stag beetle and a lizard endemic to the Mokohīnau Islands, as well as several threatened plant species.

In 1883, a lighthouse was established on Pokohinu / Burgess Island. Lighthouse keepers grazed livestock on the island group until the lighthouse was automated in the 1970s. During this time, much of the native vegetation was cleared.

Since becoming rodent-free, the islands have transformed into a seabird hotspot.

This coastal ecosystem is also known as petrel scrub. It occurs in association with burrowing seabird colonies and surface nesting seabirds in exposed locations. In Auckland, it is restricted to predator free offshore islands and rock stacks.

See the Department of Conservation website for more information about Mokohīnau Islands including things to do and places to stay.