McElroy Scenic Reserve is situated on the shores of Dyers Creek, on the edge of the Mahurangi Harbour. Administered by Auckland Council, the reserve extends inland from the estuarine creek.

It rises steeply up hillslopes to flatter ridges and spurs. The hillslopes are covered entirely with kauri, podocarp, broadleaved forest (WF11). 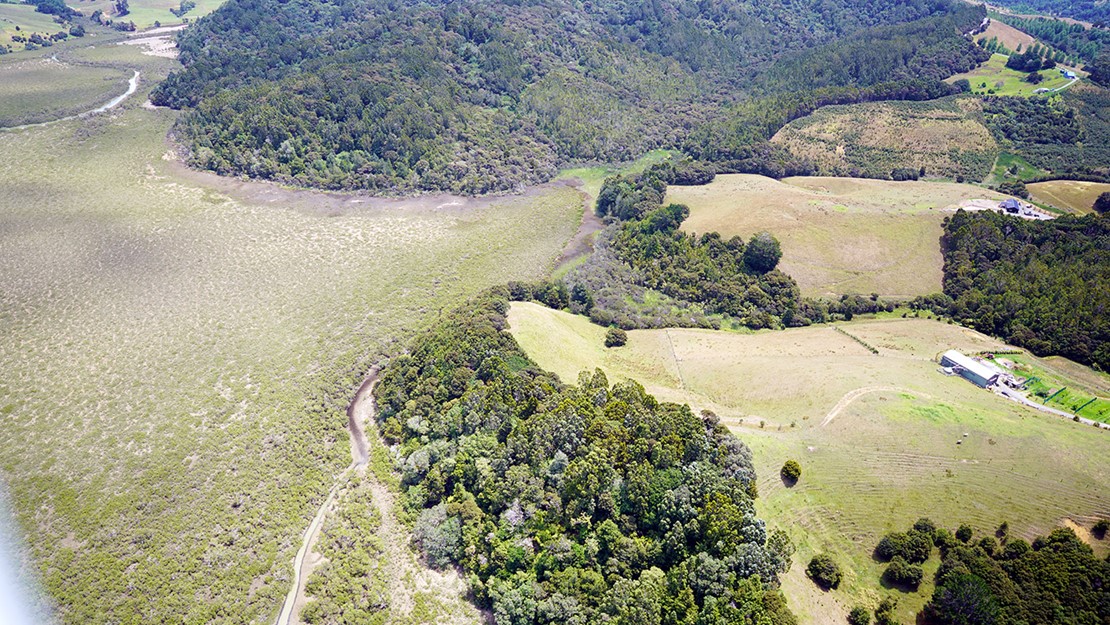 The forest is botanically interesting. Kauri and tanekaha are common on the ridges and spurs. There are occasional toatoa and hard beech. Many of the native orchids present and other plants species here grow in association with kauri trees or kauri-dominated forest.

The forest understorey is less diverse due to impacts from goat and cattle browse. Boundary fences have been recently repaired.

There are large taraire and pūriri in the gully along with a rich diversity of other plant species.

The forest grades into a large mangrove swamp at the bottom of the hillslopes. The biodiversity focus area includes mangrove forest and scrub. It also encompasses coastal forest which extends around the headland north of the scenic reserve.

The kauri and coastal forest and the estuarine environment support a good diversity of native animals. This includes nationally At Risk wetland bird species including: 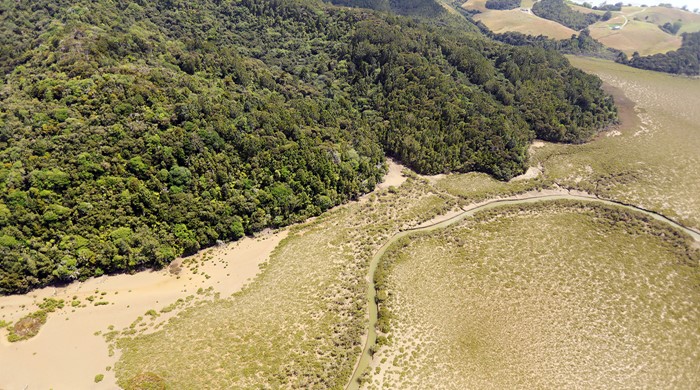 History of the area

Within the reserve, there is a well-formed pa, several middens and kumara pits, confirming former Māori occupation.

Logging grooves seen from some ridges are a reminder of the historic logging of this area.

There is a public walking track through the reserve. However, this track is currently closed to prevent the spread of kauri dieback. 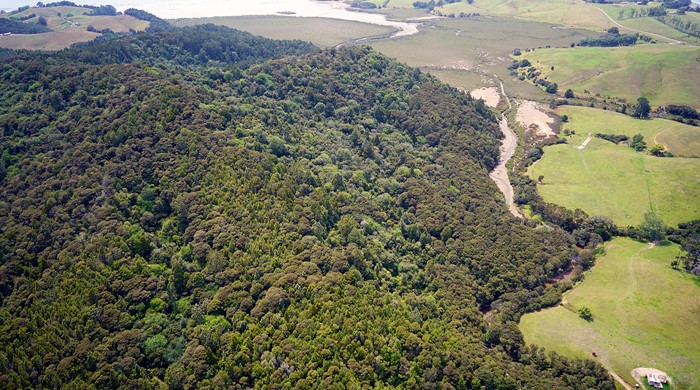 Find out more about this reserve including dog walking information.