Kauri Bay is situated approximately 7.5km north-east of Clevedon. The bay is protected by a 1.4km long shell barrier beach which extends across the bay and the mouth of a small estuary.

On the inside of the barrier beach is a strip of intertidal flats up to 250 metres in width.  This includes a small tidal estuary with saltmarsh and mangroves. The surrounding land is mainly used for grazing.

Shell barrier beaches are a naturally uncommon ecosystem in Aotearoa / New Zealand. They have a national threat status of Critically Endangered. The size of the Kauri Bay Shell Barrier beach and its importance as shorebird habitat means it is of high biodiversity value. 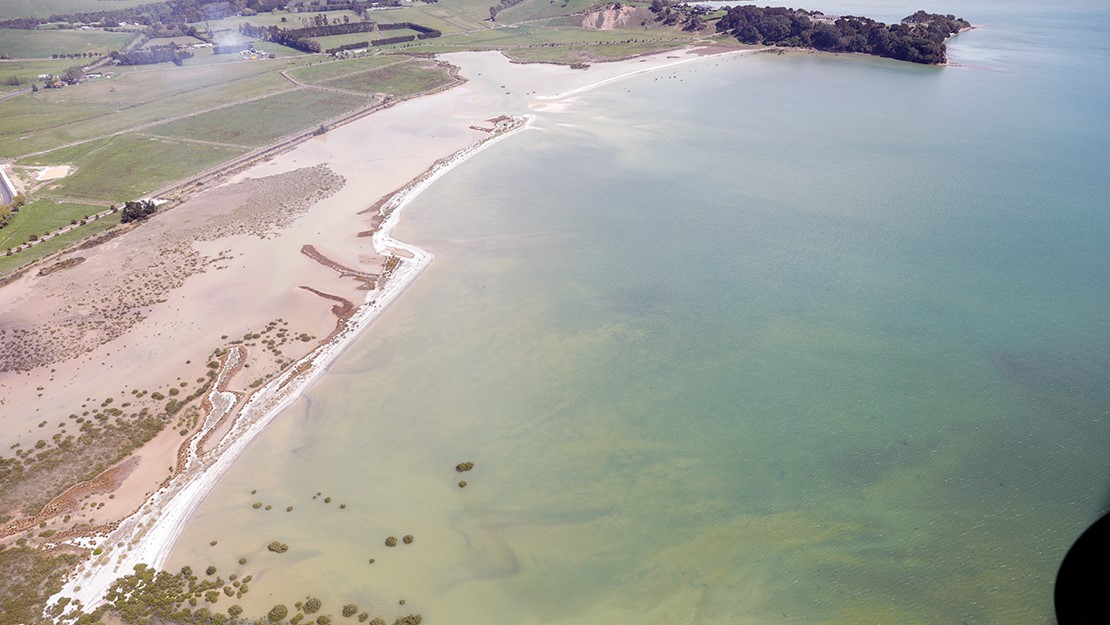 The long shell barrier beach of Kauri Bay in Clevedon, extending across the bay and the mouth of a small estuary.
Photo credit: Andrew Macdonald, Biospatial Ltd 2017

This biodiversity focus area provides valuable habitat for native birds such as:

The saltmarsh and mangroves in the estuary provide high-quality habitat for secretive coastal fringe birds such as mioweka (banded rail) and mātātā (fernbird). 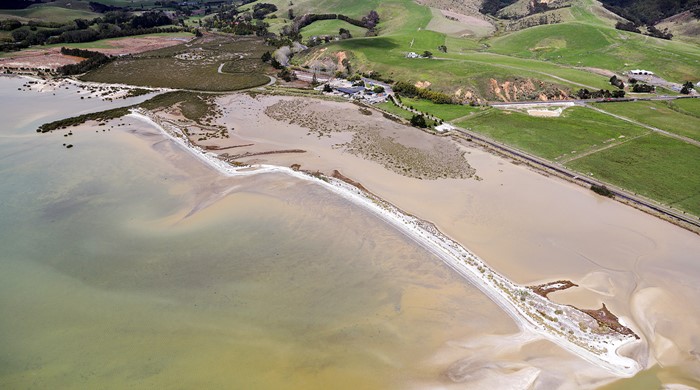 Disturbance and predation are key threats to the birds that use this area. Weed invasion of the shell barrier beach is a threat to the integrity of this ecosystem here.