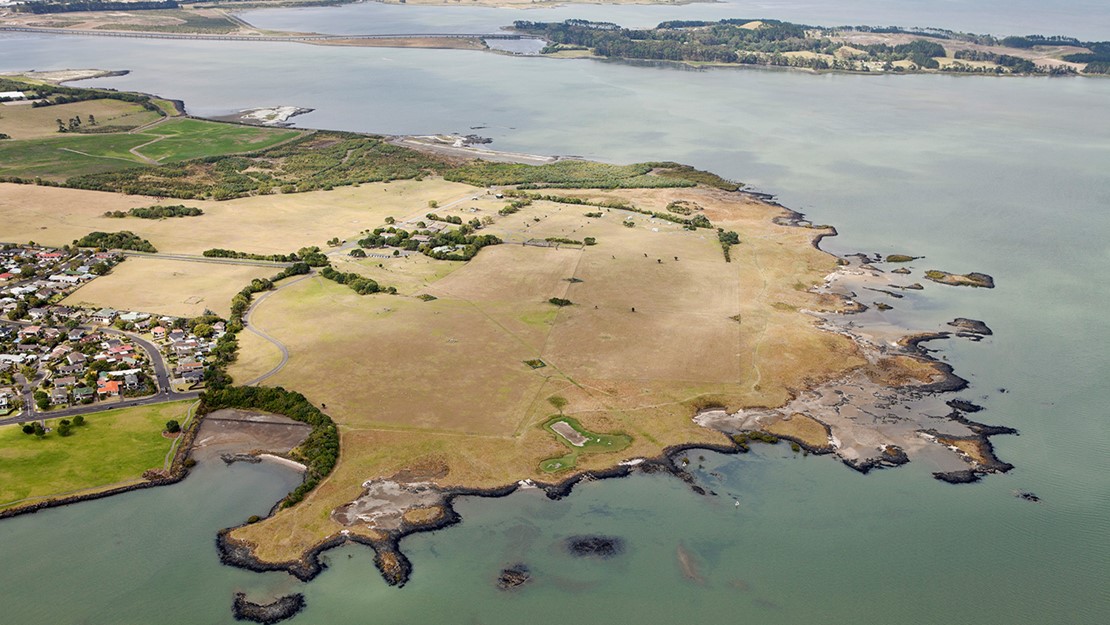 The coastline has examples of basalt lava flows. The lava flows originated from the Māngere mountain eruption approximately 18,000 years ago. They are some of the only intact lava fields left on Tāmaki Makaurau / Auckland’s mainland as most have been destroyed by urban development. 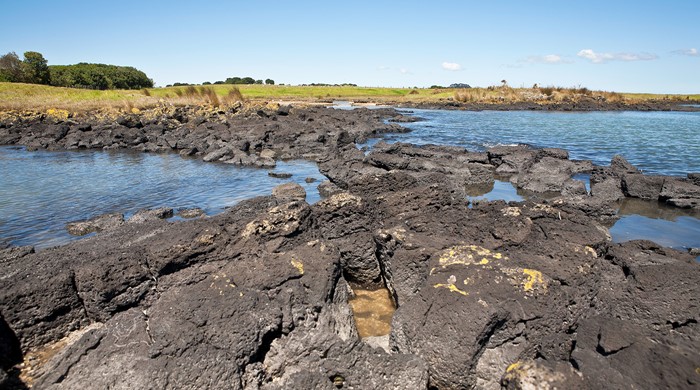 This biodiversity focus area includes one of only three Tāmaki Makaurau / Auckland mainland examples of oioi-coastal needle grass on saline margins of lava flows (SA1.7). There are small patches of saltmarsh, saltmeadow and a band of broadleaved scrub along part of the coastal margin. 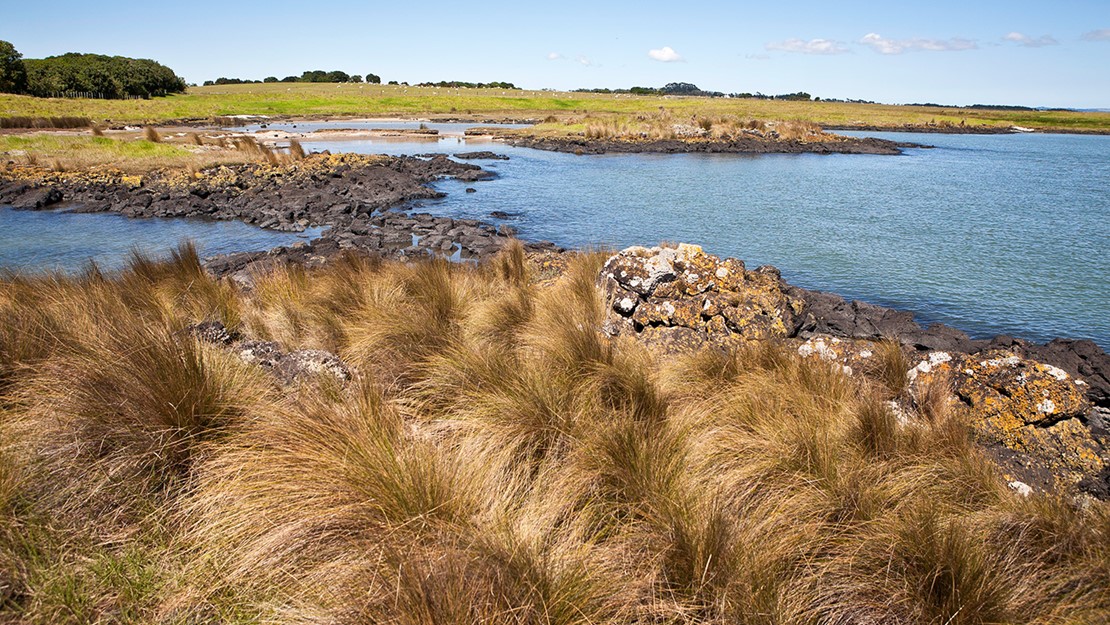 The intertidal area and coastal edge is an important area of habitat for shorebirds. Large numbers of migratory birds feed here during the summer months including:

Many of the resident and migratory bird species are threatened.