This ecosystem is associated with gravel and boulder beaches and areas with accreting (expanding) estuarine shorelines with large rivers. The beaches form where deposits of boulders and gravels settle. Coastal currents and landforms help gravels and stones create ridges along the beach from the shoreline inland.

Soil is formed as organic matter and sediments accumulate among the stones and pebble. The stony soil doesn’t hold moisture well so it can become very dry, especially in warm and dry climates.

This ecosystem is extremely rare in Auckland. Only two known sites on the south eastern coast of the mainland and a few examples on the Hauraki Gulf islands. 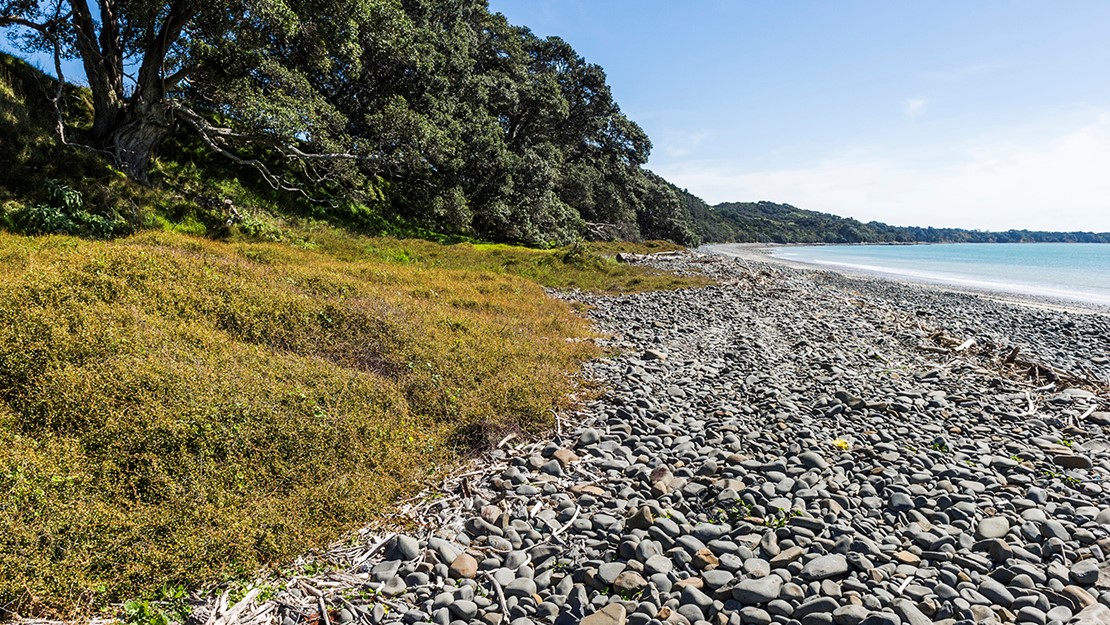 Natural succession of plant communities occurs on accreting gravel and boulder beaches. The youngest areas of this ecosystem closest to the coast, contain short stature grasses, herbs and shrubs, including:

Further inland on older beach ridges, shrubland and later on treeland develops. Coprosma species and pohuehue are common in shrubland areas. Treeland species may include karo, pōhutukawa and kōwhai.

This ecosystem provides roosting and nesting habitats for migratory and New Zealand shorebirds. It also provides habitat for other birds such as:

On offshore islands, where mammalian predators have been controlled, skinks can sometimes be seen basking on boulders during the day.

This ecosystem is vulnerable to many threats, including: