The Weiti River Shell Barrier biodiversity focus area is located within a public reserve at the mouth of the Weiti River near Stillwater.

It contains a series of chenier-type shell barrier beaches (SA1.5) which have formed within the tidal estuary. The shell barriers are considered to be internationally significant landforms. They have been used to derive sea level history for the past 10,000 years. They are also highly valuable habitat for native and migratory wading birds who roost on the shell barriers at high tide.

Weiti River and estuary is a drowned river valley system. The series of shell barriers have grown across the estuary in a northerly direction, sheltering the inland waters from the open coastal environment. Mangroves and saltmarsh (SA1) have established in the more sheltered waters. 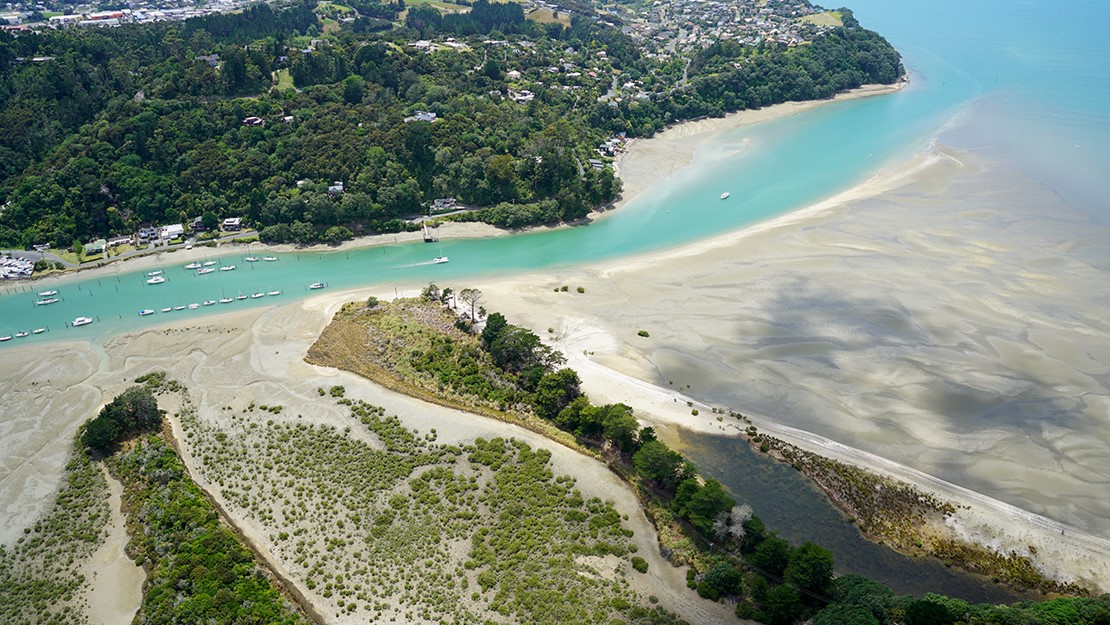 The mouth of the Weiti River with one of the shellbarriers in the foreground.
Photo credit: Andrew Macdonald, Biospatial Ltd 2018

The chenier-type shell barriers are recognised as a globally rare ecosystem type. In Aotearoa / New Zealand they are threatened, as many have been lost to development or other impacts. Nationally, they are identified as a critically endangered ecosystem. 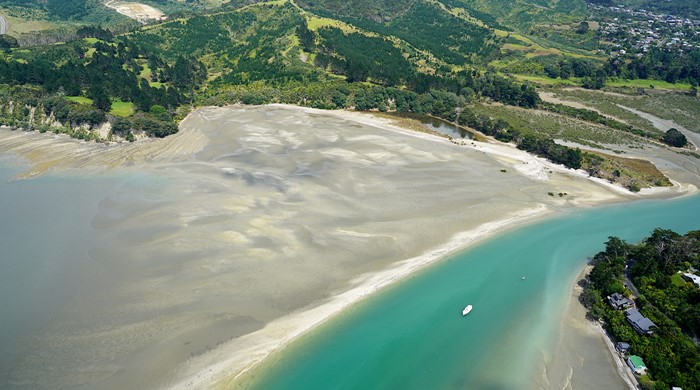 A series of shellbarriers can be seen extending out into Weiti River.

Tūturiwhatu (New Zealand dotterel) nest at the Weiti shell barrier beach. Other species recorded here and in the nearby saltmarsh include:

A weed control programme is being implemented by Auckland Council and the community to reduce pest plant infestations and increase the habitat value for native species.