The area includes the Motu Manawa / Pollen Island Marine Reserve. It extends further north to include the saltmarsh and mangroves alongside the Harbourview-Orangihina reserve.

Pollen Island is a 13-hectare island with a long shell barrier beach (SA1.5) around the seaward side. The island vegetation is a mix of saltmarsh ribbonwood, oioi, flax and coastal tree daisy. The sheltered western side becomes saltmarsh where glasswort and small mangroves are common. 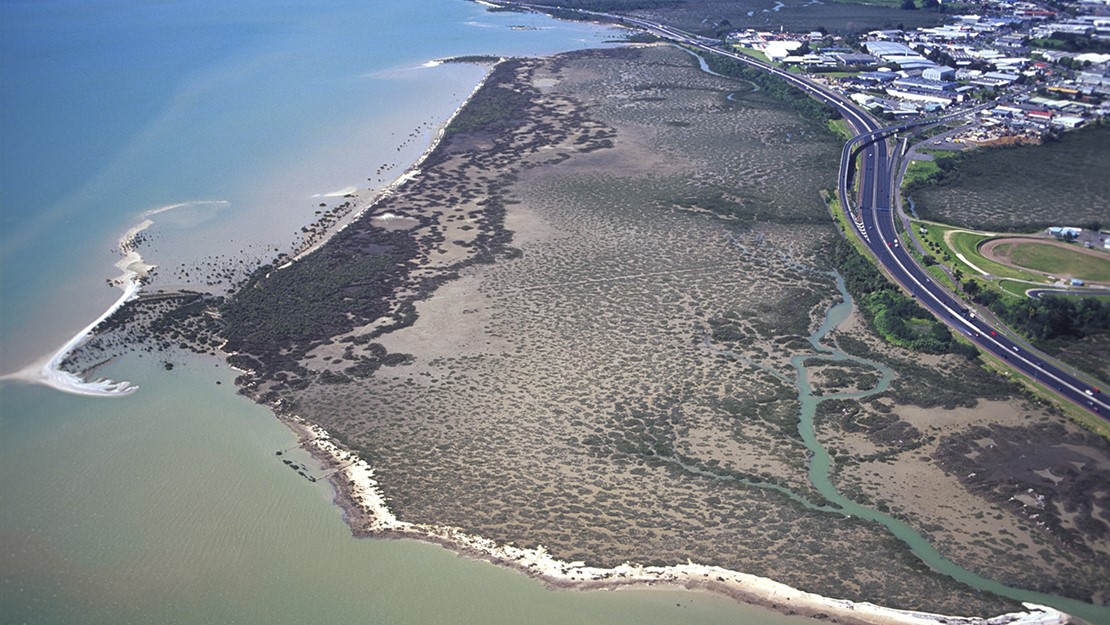 The estuarine environment (SA1) here is recognised as highly valuable habitat. It is an important area for wetland birds and shorebirds, including several threatened species. Some of the resident species include:

International migratory birds such as kuaka (bar-tailed godwit) and huahou (red knots) feed here over New Zealand summers. When it turns to winter, most return to the northern hemisphere to breed.

New Zealand migrants include tōrea (South Island pied oystercatcher) and ngutuparore (wrybill). These species nest in the South Island in spring before flying north to our harbours and estuaries. This is where they feed from late summer to July or August before making the return journey south.

Early Māori settlement occurred around the sheltered waters of the Waitematā Harbour. The Whau inlet was a main canoe portage area joining the Waitematā and Manukau Harbours.

Pollen Island and land at the tip of the Whau peninsula was bought by Dr Daniel Pollen in 1855. He set up Pollen Brickworks here. A rectangular concrete structure is still visible at the northern end of Pollen Island. This is thought to have been used for shell extraction and processing lime.

Learn more about Pollen Island on the Forest and Bird website.