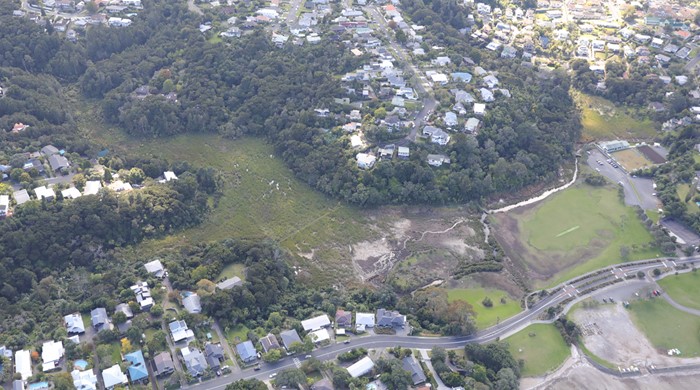 Within this biodiversity focus area, native forest covers a steep-sided valley. A stream flows through the valley over a 10m high waterfall that broadens out into a large, terraced, raupō wetland (WL19). Two other streams enter from either side of the valley at the base, with another raupō wetland next to the stream on the eastern side.

The streams merge into one before flowing through patches of saltmarsh (SA1) into Waimanawa/Little Shoal Bay. This provides an important ecological sequence from forest and stream to freshwater wetland, then to saline wetland and the marine environment.

The forest surrounding the stream and upper wetland is mostly young, regenerating kauri, podocarp, broadleaved forest (WF11). Kauri, tanekaha and kānuka are common in the canopy on the hillslopes. Broadleaved trees such as taraire, pūriri and tawa are common at the base of the slopes.

Closer to the beach, there is a patch of pōhutukawa, pūriri, broadleaved forest (WF4) on the steep slopes between the wetlands.

The biodiversity focus area contains the largest raupō wetland on the North Shore. Although raupō is the most common wetland species, other species include pūkio, purua grass and giant umbrella sedge. 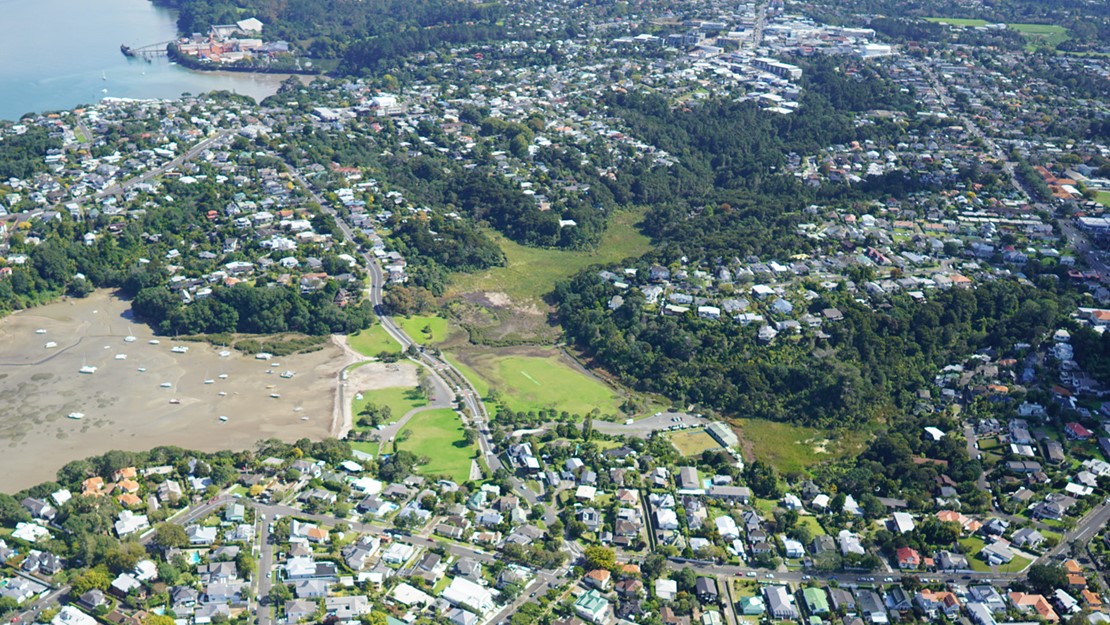 The wetlands provide habitat to freshwater fish species such as īnanga and banded kōkopu and wetland birds such as pūweto (spotless crake).

The local community is very involved in animal pest and weed control to protect the biodiversity values of this area. Auckland Council also manages weeds and pests in the local reserve network.

Le Roys Bush (Wai Manawa) is a beautiful complex of reserves with streams and walkways running from Birkenhead Village (Highbury) down to Little Shoal Bay beach.

Te reo Māori will be showcased in some of Kaipātiki’s public spaces with mana whenua invited to provide names and narratives recognising the area’s rich Māori history.